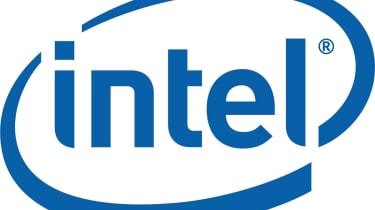 Intel has announced the acquisition of field-programmable gate array (FPGA) technology firm Altera in a $16.7bn deal, to help the chip maker become a leader in Internet of Things (IoT) and data centre technologies.

Brian Krzanich, CEO of Intel said: "Intel's growth strategy is to expand our core assets into profitable, complementary market segments. With this acquisition, we will harness the power of Moore's Law to make the next generation of solutions not just better, but able to do more. Whether to enable new growth in the network, large cloud data centers or IoT segments, our customers expect better performance at lower costs."

Altera's technology will allow Intel to build chips faster than it is currently able to, making it perfect for such a rapidly changing industry as the IoT.

John Daane, President, CEO and Chairman of Altera added: "We believe that as part of Intel we will be able to develop innovative FPGAs and system-on-chips for our customers in all market segments. Together, we expect to drive meaningful value for our customers, partners and employees around the world."

Intel expects to use these jointly-developed programmable chips in smart cars rather than using ASIC chips that need to be pre-programmed in advance. FPGA chips can be programmed later and are faster and cheaper to manufacture.

News that Intel was likely to acquire Altera broke back in March, via the Wall Street Journal and although the deal looked like a great bet two months ago is it still the case now?

General purpose x86 chips are all well and good for most circumstances but the trend is towards more customisable compute infrastructure the kind Altera can offer with its Field Programmable Gate Array technology (FPGA).

What is FPGA and why is it important?

A field-programmable gate array (FPGA) is an integrated circuit that can be programmed or configured within a computing infrastructure after manufacture. These semiconductor devices feature configurable logic blocks connected via programmable interconnects. FPGAs can be configured to suit particular application and functionality requirements. This configuration can be done without human intervention, so the infrastructure can optimise itself to process workloads.

Originally FPGAs were used when prototyping circuits as they tended to be slow to run. However, the technology has now speeded up enough to be used instead of ASICs (application specific integrated circuit). The approach is not as space-efficient as ASIC but can be a lot cheaper and quicker. Another argument is that while not as capable as ASICs, FPGAs are far more capable than general purpose CPUs found in servers.

The oil and gas industry has been at the forefront of using FPGA technology as well as GPUs. The financial industry has used them to speed up the parsing of market data feeds and high-frequency trading systems.

The technology is increasingly being used in the cloud to help cloud service providers increase performance and change infrastructure in accordance with changing application needs.

The low power requirements of some FPGA chips also makes them useful in small embedded devices that will be used as part of an Internet of Things network.

What's in it for Intel?

In 2013, Intel signed a deal to make 14-nanometer wafers and FPGA chips for Altera. By acquiring the firm, Intel would be able to make all the chips Altera designs. By combining FPGA into its own CPUs, Intel gains a market advantage in making processors for datacentres and diversifies away from its traditional PC business. Altera gets to expand into the datacentre market and gain the upper hand over longtime rival Xilinx.

Bernstein Research's Stacy Rasgon told Bloomberg that the deal makes sense for Intel to grow parts of its business. "There are synergies, say, in Intel's datacentre business," said Rasgon.

"On the surface, Altera is one of the only semiconductor companies with better gross margins than Intel, and with about two-thirds of its revenue from telecom, wireless, military/aerospace, it definitely fits the bill of diversifying revenue beyond Intel's legacy computer markets," Cowen & Co. analyst Timothy Arcuri wrote in a research note to clients, according to a Reuters report.

IHS analysts Tom Hackenberg, principal analyst, embedded processing at IHS, said that such a deal would make both companies "well poised to target a growing telecommunications market and IoT applications," he said in a research note.

Getting embedded with Altera

The deal will be money well spent by Intel, according to Clive Longbottom, service director at Quocirca.

"Altera's FPGAs would play well in an "embedded" software defined compute architecture. Intel can change parts of its code on the fly through having the FPGA talking at the highest possible speed to the CPU itself," he says.

Certain functions could be abstracted from the CPU itself to the FPGAs, and the use of ASICs could be minimised, providing much greater flexibility for Intel itself.

"It will also allow for Intel to better keep up with changes in the market - a lot of the top level, less speed dependent software to CPU calls can be routed via the FPGA, allowing for better overall security (the security layer can be adapted and updated on a more regular basis), greater capability to "shape" different data packets and so on," adds Longbottom.

Although Intel has been making Altera's FPGAs for it over a period of time, gaining full control allows Intel to define exactly what the FPGA design should be to match the capabilities and needs of the CPU, adds Longbottom.

"It can then look at optimising the on-board busses and other technologies to give the speeds required to move more functions into the FPGA - it could even look at making parts of the FPGA a core part of the CPU, so providing programmable CPUs. It could also look at making FPGAs that can be used as off-load chips, enabling certain workloads to be moved off the CPU itself."

I've got the power (issues)

If anything, Intel needs Altera and FPGA to combat a growing threat to its datacentre dominance from ARM. ARM's low-power computing technology has started to make inroads into the datacentre as priorities have changed for datacentre providers. These priorities being the need to lower the power requirements of their compute infrastructure. One way to combat that threat is for Intel to incorporate FPGA into its chip architecture.

If anyone has showed why FPGA should be used in these incidences, it is Microsoft. It demonstrated thorough its Project Catapult that it could increase ranking output of its Bing search engine by deploying hybrid processor FPGA computing. This increased throughput by 95 per cent compared to using a software-only solution. The use of FPGA only increased power consumption by 10 per cent.

If it worked for Microsoft, you can be sure that Google, Facebook, Amazon and others are also thinking very carefully about using the technology within their infrastructures. The power savings could be huge for hyperscale operators.

The move for Altera gives Intel ample protection of its datacentre business from ARM and its licencees while giving it breathing space while it figures out what to do about the loss making parts of its business.