As the technology matures, what are the benefits of using hyperconverged systems? 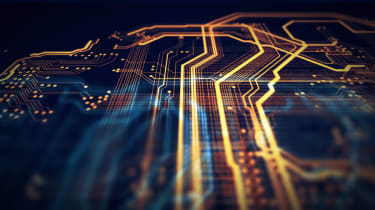 Hyperconverged infrastructure (HCI) is the latest technology to cause a stir in the enterprise, with CIOs attracted by the simplicity of deployment, the ease of management, and the readily available, uniform scaling it provides.

In wider terms, this equates to operational efficiency and reduced costs, both of which are particularly vital when considering how enterprises are emerging from the COVID-19 crisis into fragile economies.

HCI works by gathering each of a data centre’s fundamental components - including storage, networking, compute, backup, and so on - and combining them into pre-packaged units controlled and managed by one central piece of software, making it differ from more traditional systems.

Given the purported benefits, why then isn’t HCI more widely adopted?

In truth, HCI adoption is quickly growing, yet due to the pre-existing prevalence of traditional systems still lags some way behind. COVID-19 related uncertainty also plays a factor. Displacing current infrastructure for HCI may at present seem an unnecessary risk. Moreover, what HCI truly means is continuing to evolve. Vendors now wish to supplant every legacy platform with a neatly integrated hyper-converged stack.

But as the technology begins to settle down, there is little doubt that the rate of adoption will pick up. The Spiceworks 2020 State of IT report found that HCI adoption is expected to double in 2021, particularly with large enterprises who typically have greater resources dedicated to IT operations.

So what are the benefits hyperconvergence can bring to businesses?

The ability to consolidate multiple IT functions such as backup, deduplication and WAN optimisation into the same platform is the most appealing reason to use hyperconverged infrastructure, according to the Enterprise Strategy Group's survey. With hyperconverged infrastructure, all workloads fall under the same umbrella, making it easier to migrate VMs between differnt appliances, or even between data centres.

Over the past few years, hyperconverged infrastructure (HCI) products have developed to support workloads beyond virtualised desktop infrastructure and back-office applications, as businesses have grown more confident in the reliability and adaptability of these products.

Because hyperconvergence is based in software, it is able to provide superior levels of flexibility and agility to businesses when compared to legacy infrastructure. Hyperconverged infrastructure takes a 'LEGO' block approach to data centre scalability; each HCI appliance is a self-contained unit which is designed from the ground up to include every type of hardware resource a data centre needs, and to maximise compatibility.

This allows expansion of data centre capacity by simply bolting on an additional unit or two, rather than specifically provisioning, configuring and deploying more storage or compute capacity.

Rather than creating complex update plans each time expansion is needed, or adding additional costly components, businesses can simply add another node to the environment. This enables a step up to the next level of infrastructure in small increments.

Hyperconverged infrastructure is also beneficial when it comes to data efficiency and storage. Snapshotting, data deduplication and other data protection features are often built in as standard, making disaster recovery efforts much easier. The software-defined nature of HCI also means that organisations can use public cloud storage as a target for backups.

HCI offers higher resiliency than traditional legacy systems, too. The scale-out model relies on data being spread across multiple nodes throughout the data centre, or even between data centres in different geographical locations. This distributed model means that when an appliance (or even a whole rack) goes down, performance and availability doesn't suffer as a result.

As tighter regulations such as the GDPR come in around the world, it will become even more important to take all possible steps to protect data. In a hyperconverged system, backup and disaster recovery are built in as a part of the infrastructure, making data protection more efficient and affordable.

Many legacy IT infrastructures are so varied and complex that automation has been impossible. But hyperconverged infrastructure works on the principles of the software-defined data centre (SDDC), where everything including storage, servers and supporting services are virtualised. This means that automation of routine operations is achievable when centralised management tools are implemented, such as scheduling.

IT no longer need to worry about implementing hardware from different manufacturers or product lines. Everything is included in one unified environment.

An increase in automation also leads to an overall increase in efficiency, which means businesses are able to stay agile and competitive.

"This is particularly crucial in the age of public cloud, where businesses seek competitive advantage through the wide flexibility of public cloud services," says Christian Perry, research manager for IT Infrastructure at 451 Research. "But whatever their level of public cloud workload migration, most organizations retain some level of on-premises IT."

One of the primary benefits of HCI is that it brings cost, data and operational costs down without significantly disrupting business operations. Such systems have a low cost of entry compared with integrated system parts and legacy infrastructure.

Cost benefits will become more apparent as the market matures, but the principle of hyperconvergence means that because there is less equipment needed, it is cheaper to support and maintain hyperconverged infrastructure.

Because it is software-based, as new features are added they can simply be pushed out in releases without the need to replace components. Additionally, hyperconverged infrastructure uses industry-standard components such as commodity servers and 10Gb Ethernet rather than purpose-built external storage arrays and fibre channel networking, so cost savings begin at procurement.

"When fully realized, the business benefits of hyperconverged can be extensive," argues Perry. "Cost savings can be achieved through a deployment model that avoids overprovisioning typical with standalone, complex infrastructure.

"It is in the best interest of businesses to support IT in the modernization of their environments to become more cloudlike, and hyperconverged is a relatively easy step in that direction. Increasingly, hyperconverged is seen as a--if not the--catalyst in on-premises digital transformation that builds the base of software-defined IT."

This article was originally published in 2018 and has since been updated to include more relevant information.