Company will use Iceotope technology to create chassis-level cooling for AI, IoT and edge systems 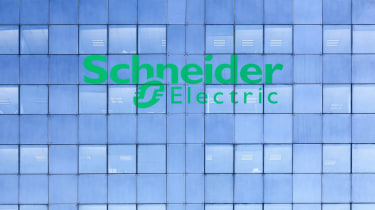 Schneider Electric has entered into a strategic partnership that will see the company collaborate on the development of cutting-edge data centre liquid cooling technology.

The energy and automation giant will work alongside Iceotope, a company known for its chassis-level liquid cooling technology, and Avnet, a global technology services provider that will help deliver the products to market.

The company made the announcement at its annual Innovation Summit, held this year in Barcelona, saying is to produce chassis-level liquid cooling that's able to keep pace with the increased use of high-power graphical processing units within data centres, which are by far the most efficient processors for powering AI, IoT and Big Data analytics but often overheat when paired with traditional air cooling systems. 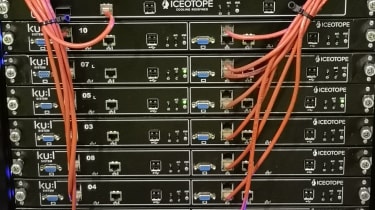 "Our quantitative analysis and testing of liquid cooling approaches shows significant benefits to the market. This partnership is the next step in solution development and we are excited to be working with Avnet and Iceotope."

In closed testing, early analysis of the proposed liquid cooling technologies produced CapEx savings of around 15% and energy savings of at least 10%, when compared with traditional air-cooled systems. If deployed, this would lead to total cost of ownership savings of over 11% over a 20-year period, the company claimed.

Iceotope has received $10 million in series A funding, led by Aster Capital in 2014, which also established a deal with Schneider Electric. The agreement will essentially see Iceotopes' current liquid cooling technology, which is already in use across the IT stack, including cloud and edge deployments, brought to the data centre environment for the first time.

Schneider said it was increasingly finding that the sort of GPU chips required for AI and edge deployments often came with thermal design power ratings of 400 watts or more, making air cooling too expensive and inefficient to use extensively. 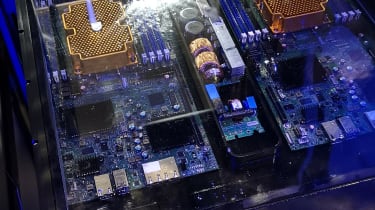 To combat this, Schneider said it would work towards creating systems capable of being partially submerged in a dielectric fluid. This, it claims, will make cooling systems entirely silent and drastically reduce the form factor, making it also suitable for less power-intensive systems, although it's unclear how much up-front investment will be required to make this feasible.

David Craig, CEO of Iceotope, said his company was eager to work with Schneider and Avnet to create a product that is able to deliver on the promise of liquid cooling for the data centre.

"Working with great partners that share the same passion for innovation, solution-focused thinking and quality is a pleasure," said Craig. "Our ability to bring our IP to combined solutions that manage the pressing challenges of chip density, energy and water consumption, space and location challenges and the ever more complex issues relating to harsh environment and climate will be game-changing in the industry."