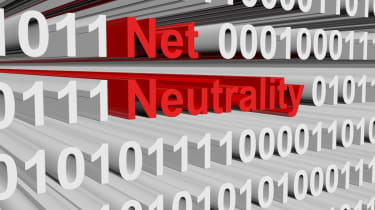 That's according to a report by Recode, which cites "two agency sources" familiar with the matter.

While the exact nature of the death threats have not been confirmed, it doesn't take a brain surgeon to figure out that they are in response to the controversial vote to scrap the US government's net neutrality rules, made in December last year.

A spokesman for Pai at the FCC said: "We do not comment on security measures or concerns".

But the agency sources said that federal law enforcement had intervened, with other FCC offices expected to be briefed on the matter.

While the Consumer Technology Association (CTA), the group behind the annual Las Vegas-based trade show, didn't comment on the news, its leader, Gary Shapiro, toldDigital Trends that while he did not know why Pai had cancelled, he raised the fact that he had recently been "subject to vicious and direct attacks and threats".

This is not the first known incident in which Pai's safety has potentially been at risk. In a shocking moment right before its vote on a rollback of net neutrality rules, a security team abruptly evacuated the FCC's high-profile hearing, preventing the chairman from making his vote.

"On advice of security, we need to take a brief recess," Chairman Ajit Pai told the room, as a live feed of the hearing cut out. Security told everyone in the room to exit, and to leave their belongings behind.

A stream showed the security team scanning the room, as dogs were brought in for a search.

For Pai and the rest of the FCC, the upsurge in security concerns presents a serious challenge for them to discuss critical tech policy issues in public, without endangering others in attendance.

For those not up-to-date, net neutrality is the concept that internet service providers should enable equal levels of access to all web services.

On the 14 December 2017, the Federal Communications Commission voted 3-2 to repeal the net neutrality, which means, pending legal challenges, laws enacted in 2015 under President Obama have been officially dismantled.

Under net neutrality, internet service providers (ISPs) were unable to prioritise one website over another, nor block or reduce access to any websites. The principle prevented internet gatekeepers from adjusting online connectivity speeds or access based on the user, content, website, or platform.

However, there have been countless concerns that without the guarantee of equal rights for websites and their traffic, ISPs could favour certain websites over others.

There's also the fear that providers such as Comcast and Verizon will now be able to create tiered speed options for online companies, essentially squeezing those who can't afford fast speeds out of the market.