The latest tech trends point to a new technological era 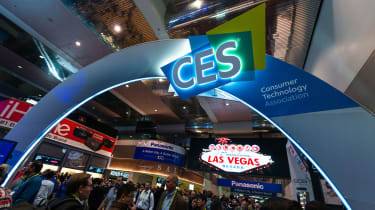 CES is undoubtedly the place where you'll see the very latest technology products, prototypes and innovations, but there's another side to this gargantuan tech showcase. The Consumer Technology Association - the organising body behind the show - is also constantly researching the technology industry, intent on identifying and highlighting the latest trends set to change the world.

A couple of months ago we sat down with Steve Koenig, VP market research at the CTA, and discussed what trends would be driving CES 2019 and the year ahead. Koenig gave us a good indication of where the CTA feels that the tech industry is headed, and yesterday at his CES 2019 presentation he confirmed everything he hinted at back in October.

The most impactful aspect of Steve's trend analysis isn't the individual trend insights, but rather that he feels all those insights add up to something far more significant; the dawn of a new age.

According to Koenig in recent years we've seen the digital age superseded by the connected age, where the focus was no longer on independently innovative devices, but rather how those devices connected to the internet to deliver more complex and feature rich functionality. Now it's time for the connected age to make way for the latest technological megatrend, the data age.

Koenig says that almost every decision made today - whether it be a consumer choice or a business decision - is based on data, which sounds about right. The world of big data and analytics isn't one solely associated with business anymore; in fact we'd argue that it never was.

For some time now we've questioned whether there is a real distinction between consumer technology and enterprise technology, since the two rely so heavily on each other. Everything from your smartphone and tablet, to your games console and fitness tracker rely on enterprise cloud computing - without that cloud platform, their functionality would be woefully limited. Conversely, the data gathered from those consumer devices becomes an invaluable commodity for the businesses that analyse and utilise it.

And that's why it's so hard to argue with Koenig's data age suggestion, because it makes complete sense - data has undoubtedly become an immensely valuable currency, and understanding that data and generating actionable insight from it, will be the key to innovation and success.

But while the CTA is confident that we're entering that age of data, it also believes that there are key trends and technologies that will power this new era. Unsurprisingly, AI and machine learning are high on that list of trends, essentially forming the tools and platforms that will analyse that data and deliver those actionable insights. Equally as important is the impending rollout of 5G, which will deliver the connectivity bandwidth to capture all that data and deliver that insight back in realtime. One application that will definitely benefit from both those trends will be autonomous driving, where copious amounts of sensor data from cars and the supporting infrastructure will need to be captured, analysed and acted upon almost instantaneously, to ensure that each and every vehicle is fully aware of its surroundings and potential hazards at all times.

And it's that exponential growth in sensors and the data they capture that will further drive the data age, as homes, cars, consumers, businesses and environments become ever smarter. To fully realise the smart living dream, we'll be relying on a vast network of sensors, some of which will be personal to us, some in our homes or cars, while others will be part of the infrastructure that underpins our society.

The data age could deliver huge potential benefits, but with more and more data being gathered about us, what we do, where we are, and who we are, there's still a challenge that needs to be met; security. As intoxicating as a world that automatically knows what you need before you need it, knows where you're going before you've set off, and solves your problems before you're aware of them is, there will need to be robust and reliable ways to protect that data from malicious actors.

Also, let's not forget that we're not just talking about a world where individual, personal data is gathered up, analysed and acted upon, we're talking about an age where our entire underlying infrastructure is part of that smart, connected Nirvana, meaning that those same malicious actors could cause infinitely more damage than simply emptying an individual's bank account.

One final trend that Koenig highlighted was resilience; a word that's become synonymous with cybersecurity. While there will always be a place for protection in the cybersecurity toolbox, resilience is becoming far more important; essentially being able to detect a breach and deal with it as quickly and effectively as possible. Resilience is clearly a trend that will need to grow stronger during the data age since our devices, systems and infrastructure will all become ever-more attractive targets.

But the resilience trend that Koenig highlighted cuts both ways. The new insight and knowledge that the data age can deliver will also fuel other forms of resilience, such as predicting and managing natural disasters, ensuring traffic flow and managing unexpected high volumes, and avoiding infrastructure failures such as power cuts of burst water pipes, by predicting component failure before it happens.

Whether you believe that the data age is upon us or not doesn't really matter, because it's impossible to argue against the sheer value and power that data holds today. Whatever you want to call this new era, gathering, analysing and acting upon data will be undoubtedly be the driving force behind it. 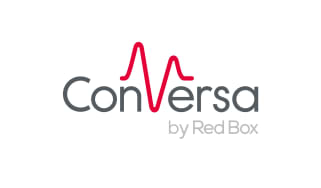 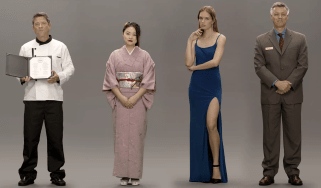