Data storage is now possible in matter smaller than DNA 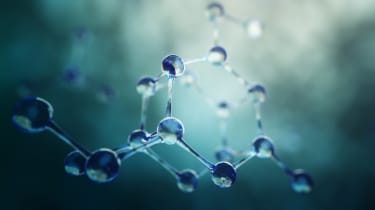 Scientists from Brown University have discovered a way to store data on metabolic molecules, matter smaller than a piece of DNA, by manipulating molecules to mimic the 1s and 0s used in binary code.

Storing data in biological matter isn't exactly new, as scientists have been working with data storage on DNA for a few years now, but this research shows it's capable on a much smaller scale.

Being able to store data on ultra-small pieces of matter presents a wealth of benefits to the IT industry. For starters, it would make hacking into the data much more difficult, meaning it could be ideal for the most sensitive of information that might be more vulnerable in the cloud.

It's also thought that storing data in this way could present benefits for those in harsher climates and environments where traditional computer hardware can be known to suffer. Specifically, with DNA, data could theoretically be preserved for hundreds of years if kept in the right conditions.

The researchers proved the possibility to store data in molecules by using solutions containing sugars, amino acids and other small molecules - known as mixtures of common metabolites used by living creatures to digest food.

Using these solutions, liquid handling robots placed 1,024 dots on a plate and within each dot, the six metabolites were either present or absent. Whether the metabolites were present or not was translated into 1s and 0s binary information, enough to encode a 6,142-pixel (thumbnail sized) image.

Researchers were able to extract the data with around 99% accuracy but they admit DNA is still superior for encoding larger datasets and the small molecule method is comparably much slower than traditional computers but it does have some advantages over DNA.

"Compared to DNA, our metabolite data has low latency, in that we can write and read data sets quickly from start to finish," said Jacob Rosenstein, lead researcher to New Scientist. "These ideas are ready to be used in research labs, but we would need to speed things up and shrink the size of the analysis hardware before it would be practical outside the lab."

We could expect commercial DNA storage devices to be on shelves in the next few years, according to claims made by Catalog, a startup based out of Harvard Life Lab. The company said devices capable of storing up to 1TB of data in a DNA pellet will be completed by the end of 2019 with a view to them being on shelves by 2021.

The company recently announced that it successfully extracted all of Wikipedia, totaling 16GB, on a single DNA pellet.

Somewhat famously, a Ph.D. student cracked a three-year-old bitcoin challenge with three days to spare last year by sequencing DNA to decode files revealing the wallet address for one bitcoin as the prize. It was a prize started by Nick Goldman in 2015 after addressing the World Economic Forum about the possibility of DNA data storage.

As the technology is still in its infancy, the real-world use cases are still unknown but open to speculation. Although DNA and metabolite storage present benefits, such as not being vulnerable to hacking, physical attacks will still be possible which means it won't be a security silver bullet.