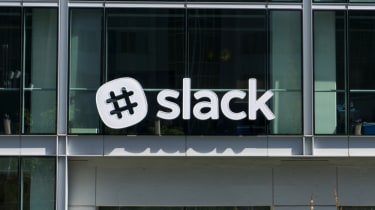 Slack is rolling out the ability for customers to keep their data in Europe with Data Residency, the company has announced.

The first will be in Frankfurt, Germany, before rapidly expanding across Europe.

Until now, Slack customers had their data stored within the US, but with its rapid adoption around the world, the company has recognised this is not always suitable for data regulations and companies outside the States.

So its introducing Data Residency, which is currently in beta, as Ilan Frank, head of enterprise product at Slack told IT Pro.

"It went live on Wednesday, our first customer is already live in beta right now," he said. "This will be the case for the next three months, but in December we will be making this generally available.

"It should be completely invisible to the end-user and that is what we hope to gain from the beta. The biggest question with something like data residency is performance, so we are optimising that and expect to see no visible latency change for the end-user."

The rise of cloud computing has transformed how companies use and store data. Businesses around the world are creating their own internal policies for where data can be stored, while governments and third-party regulators are enforcing data residency requirements.

For Slack, it's more about its own growth and user experience, particularly as the company has become one of the go-to communications platform for startups.

"This goes along with our increased popularity in large enterprise companies," added Frank. "We are seeing a lot of demand for Slack in large and regulated companies. And with that, the demand for finely granulated controls, an increased focus on security and enterprise."

The data for this initiative is user-generated, which includes messages, posts, files and searches, and will be stored at rest within the desired data region and whether in transit or at rest, will be encrypted.