Google's data collection to be scrutinised by EU antitrust investigators 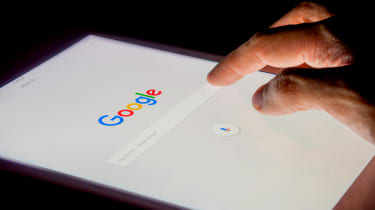 Google is facing a probe by EU antitrust investigators into how the search engine giant collects and monetises user data.

Although the EU has levied billions of euros in fines against Google over several matters in the recent past, the European Commission is making further preliminary enquiries into the firm's data collection practices, according to Reuters.

It comes in the wake of US investigators revealing in September that they were launching an investigation into "potential monopolistic behaviour" against Google on behalf of 50 US states and territories.

Documents show the focus of this investigation is on data related to local search services, online advertising, online ad targeting services, login services, web browsers and a host of other aspects.

The EU's competition commissioner Margrethe Vestager has levied several eye-watering antitrust fines against Google in recent years in a bid to change the company's attitude and practices. These penalties include a €4.3 billion fine for Android competition abuse in 2018, and a further €1.5 billion for anti-trust concerns over Adsense earlier this year.

Prospective action from the EU has also come at a time when Google's data collection practices are under fire from the UK's own Competition and Markets Authority.

The regulator has said it's exploring the possibility of an investigation into the $2.6 billion purchase of big data-analytics firm Looker, with a 20 December deadline to gather feedback from stakeholders before assessing whether an official probe into the acquisition is needed.

The move is unusual, considering the deal concerns two US companies and the fact that US regulators have cleared the agreement. However, it suggests that UK regulators are becoming more sensitive to the potential impact that business practices of US tech giants likes of Google can have on UK markets and competition.