The data collection business found to be at odds with Avast's corporate priorities, CEO explains 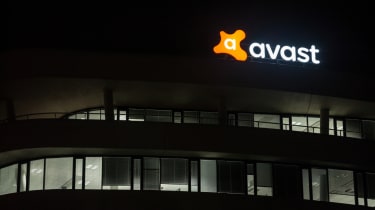 Avast has announced it will be closing down its Jumpshot data analytics unit, only a day after launching an internal investigation into data-sharing practices following user complaints.

On Tuesday, the company was accused of collecting customer online behaviour data and passing it on to its Jumpshot unit, where it was then sold to third parties, according to an investigation by PC Mag and Motherboard.

Avast has denied the allegations contained in the report and, according to company CEO Ondrej Vlcek, both Avast and Jumpshot have "acted fully within legal bounds" and have "committed themselves to 100% GDPR compliance".

However, announcing the decision on Thursday, Vlcek said that a review of Avast's practices revealed that the "data collection business is not in line with our privacy priorities as a company".

"Protecting people is Avast's top priority and must be embedded in everything we do in our business and in our products. Anything to the contrary is unacceptable," said Vlcek.

"I firmly believe it will help Avast focus on and unlock its full potential to deliver on its promise of security and privacy. And I especially thank our users, whose recent feedback accelerated our decision to take quick action," he added. "As CEO of Avast, I feel personally responsible and I would like to apologize to all concerned."

Vlcek also said the decision would impact "hundreds" of Jumpshot employees and customers, but that it was "the right thing to do".

Avast intends to continue paying Jumpshot vendors and suppliers in full during the wind-down process, and will begin notifying customers shortly. It also added that the closure would not affect its 2019 fiscal results.

Having once led the anti-virus market, Avast is now considered the fifth-largest provider of security software behind Symantec, McAfee, ESET and Bitdefender.