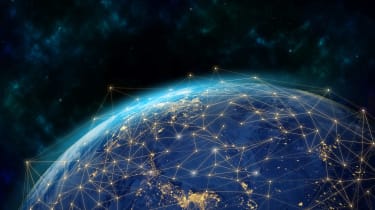 The UK government has outlined an ambitious plan to reach a set of international agreements on data that it claims is now possible due to leaving the European Union.

With Brexit on the horizon, the government has set out a four-pillared strategy for global digital trade, with the cornerstone a set of free trade agreements that allow the freeflow of data and data localisation between the UK and Asia-Pacific countries.

Arrangements would adopt the mould of the “very advanced digital and data chapter” in agreements such as the Comprehensive and Progressive Agreement for Trans Pacific Partnership (CPTPP) between 11 Pacific nations, according to the secretary of state for international trade, Liz Truss.

However, these ambitions have been outlined despite no guarantees the UK will continue to enjoy the freeflow of data with EU nations, as it currently does, with the prospect of a no-deal Brexit still very much in play.

A chorus of voices, including the Information Commissioner’s Office (ICO), has warned that failing to reach a GDPR data adequacy agreement with the EU would mean critical data transfers are blocked.

The warnings have resonated louder more recently in light of discussions between the UK and the US over a free trade agreement. Experts have suggested, in particular, that any move to ‘water down’ data protection arrangements would “raise eyebrows in Brussels” and potentially undermine relations with the EU.

The government is hoping that arrangements with countries like Japan, with which it’s recently entered into trade negotiations, would allow for data arrangements that go further than would’ve been possible while a member of the EU. Such terms, Truss argued in a speech delivered to mark London Tech Week, would allow for a digital single market to be established with the UK and any nation in question.

“Japan is important in its own right, of course it’s a hugely advanced technology nation, but it’s also the biggest player in CPTPP,” Truss said. “And CPTPP has a very advanced digital and data chapter. I want the UK to also become part of that and make it much easier for us to do digital business with all of those eleven countries that are part of CPTPP.”

Also comprising the UK’s digital trade strategy is the establishment of a digital trade network with the Asia-Pacific region with £8 million funding, which would be allocated to helping UK companies access those markets.

The money will be used to hire tech experts located in embassies and high commissions that can explain how to approach digital trade locally.

TechNation, a network of digital entrepreneurs, has also been roped into building out the frameworks for how the digital trade network will operate.

Additionally, the government has outlined plans to establish a Tech Exporting Academy, which will offer services on a pro bono basis, to offer expertise to companies hoping to sell their technologies into particular markets. Advice will be offered on areas such as regulation, intellectual property and compliance.

The final prong of the government’s strategy is a plan to encourage foreign investment in particular sectors across the UK, including areas such as 5G, the Internet of Things (IoT), photonics, and mixed reality.