Are autonomous databases the doom of database administrators?

For DBAs, the gradual pervasiveness of autonomous databases means it’s time for them to sink or swim 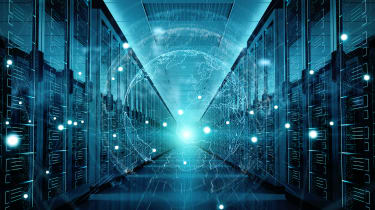 Automation is generally observed from one of two standpoints: those it affects positively and those it affects negatively. In the enterprise, it’s decision makers who mainly comprise the former group, as automation is able to lead to valuable cost savings through a reduction of staff, along with higher levels of efficiency.

Some employees on the ground, the lucky ones at least, also benefit. With their roles, at least to a degree, able to be completed by an automated machine, they themselves are liberated to pursue more valuable tasks that can enhance their personal skill sets and boost the enterprise as a whole.

But what about those that aren’t so lucky? Automation has been displacing jobs since the industrial revolution, with low-skilled workers laid off to give way to rows of chugging machines. Negative connotations attached to automation initiatives from that period continue to stream through society today.

Database administrators (DBAs) would be forgiven for harbouring this sentiment. At first glance, the rise of the autonomous database appears to threaten their livelihoods. But is there a way the two can coexist?

The need for an autonomous database

Databases are used to store information that’s critical to the efficient operation of the modern enterprise. Any firm with a digital element (in other words, any firm) will no doubt lean on a database, and most likely employ DBAs in order to maintain them.

DBAs however often find themselves overburdened with the laborious manual tasks related to database maintenance and management, to the extent that errors begin to creep into their work. And when it comes to errors and databases, no matter how inconsequential the mistake may seem, it can have a debilitating impact on uptime, performance, and security.

Take patching as an example. Failing to apply an update can create vulnerabilities, while applying the patch incorrectly undermines the security features it’s designed to bolster. Unsecured databases leave the enterprise at risk of breaches that damage both revenues and reputation. Further, the pure amount of data that the modern enterprise has to process is burying DBAs in a workload they can’t hope to meet successfully.

This considered, along with society's general trajectory towards automation, it was only a matter of time before databases were embedded with artificial intelligence and machine learning capabilities.

Autonomous databases certainly aren’t the doom of the enterprise. With an autonomous database, errors are eradicated, ensuring maximum database uptime, performance and security, all while reducing costs and upping productivity, with automation able to complete menial tasks in a fraction of the time it takes a human predecessor.

A byproduct, yet certainly of no lesser importance, is the human impact, specifically regarding DBAs. When working with an autonomous database, DBAs find the tasks they used to complete instead undertaken by technology, freeing them from the shackles of the mundane task. However, the danger remains that a freed workforce is potentially a redundant workforce. Vendors would argue this isn’t the case. Instead, DBAs can refocus on tasks that add greater value to the enterprise.

Yet it sounds unrealistic for all DBAs to be deployed in this manner. And surely the immediate monetary boosts of reducing numbers of employed DBAs will prove too tempting for at least some organisations.

Despite these lines of thought, DBAs can take solace in a trend that is seeing their roles shift to a more expansive set of responsibilities, as opposed to seeing their position becoming entirely redundant. For this DBAs owe their thanks to a shortcoming of the autonomous database, manifesting in an inability to manage personal data securely.

The power of data

A prerequisite of the autonomous database is migration to a cloud environment which can leave data vulnerable. Though cloud environments are managed by service providers, the responsibility of actually securing the personal data that’s stored within doesn’t fall at their door, this instead falling to the enterprise using the database. The enterprise must identify and protect personal data to ensure compliance with data protection regulation, with a failure to achieve this risking hefty fines. For this they need a reinvented DBA, a journey that should result in prior DBAs becoming data administrators.

The buck doesn’t stop there. The smart DBA will be future-proofing themselves whether they are immediately threatened by an autonomous database or not, by embracing the automation of database administration tasks and positioning themselves for a more strategic role within the enterprise, allowing them to collaborate with other pivotal members of the IT department as well as the wider enterprise.

In the modern world, data is pervasive and DBAs find themselves in the fortunate position of being equipped with a transferable data-based skill set that can be utilised in other areas of the enterprise, because in business knowledge is data. Having the ability to interpret data can uncover answers key to responding to rapidly evolving marketplaces. A future-proofed DBA will be closely aligned with this line of business, and be able to provide information that the enterprise can use to differentiate themselves from their competitors.

In short, the role of the DBA is unlikely to be entirely erased given their existing skill-set and the prevalence of data in other sectors of the enterprise; however as autonomous databases become more commonplace, there will certainly be a significant shift in the responsibilities of their role.