Yes, you can use Excel as an enterprise database tool

As a tech person, there’s nothing quite as infuriating as seeing people dispensing opinions on technology that have quite clearly been pulled directly out of their posteriors. We saw it with US and UK governments’ Huawei bans, and it’s now rearing its head again with the news that England’s much-vaunted track and trace system neglected to count around 16,000 cases due to a technical error.

This technical error is currently believed to be the result of using an Excel spreadsheet to store case records, which hit the maximum number of columns and then stopped updating. These reports are unconfirmed at time of writing, but this hasn’t stopped political commentators from flocking to Twitter to take potshots at the government for ‘wasting billions’ on a track and trace system that uses ‘a consumer app’ to store records. Excel, so they say, isn’t a database system, and the government is wrong and stupid for using it as such.

While I’m no fan of the current government or it’s handling of the coronavirus crisis, this grinds my gears somewhat. As any IT person worth their salt will be able to tell you, Excel is actually a phenomenally powerful database tool when used in the right way. With the right formulas and macros, it can do just about anything, and it even includes support for highly advanced tools like SQL queries.

Many databases run quite happily as Excel spreadsheets, and suggesting that Excel is somehow incompatible with these use-cases is simply incorrect. What’s more, it does a great disservice to the extreme flexibility and extensibility of Microsoft’s industry-standard spreadsheet package. Excel is, in many ways, the swiss army knife of enterprise IT, able to turn its hand to a truly staggering array of applications.

The fact is, flexible though it may be, Excel is only an effective tool for managing databases up to a certain size. Quite aside from the problem of column limitations, you start running into performance issues once the database grows too large. Not only that, but fully-fledged database management platforms like SQL Server offer far more fine-grained control and querying capabilities, as well as more integration and processing options.

The IT industry has spent years perfecting database technology in a dizzying array of permutations and combinations, including SQL, MySQL, PostgreSQL, NoSQL and many, many more. They’re the building blocks of enterprise software development, and there is a wealth of knowledge and support out there for those that wish to use it, not to mention legions of qualified database administrators to run them.

To my eyes, what this indicates is a system that has been hastily cobbled together, using the tools that were immediately available to hand; a bodge-job using components that were just about good enough to serve the intended function, rather than the ones that were best-suited to it. You can accuse the government of incompetently building a flawed system using poorly-chosen tools by all means, but laying the blame at the feet of Excel and dismissing it as a spreadsheet programme that shouldn’t run databases is similarly short-sighted and ignorant. 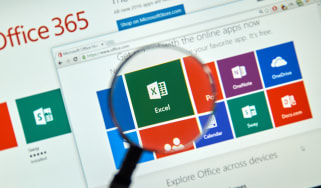