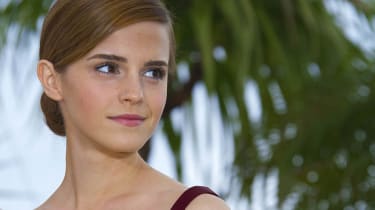 11/05/2016: Actress and women's rights campaigner Emma Watson has been forced to defend her reputation after she was named in the Panama Papers leak.

Watson's name was found by the The Spectator, which used the searchable database of 214,000 offshore entities that was published yesterday. However, she has denied that she used her account for tax evasion purposes.

Her spokesperson told the media: "Emma (like many high profile individuals) set up an offshore company for the sole purpose of protecting her anonymity and safety.

"UK companies are required to publicly publish details of their shareholders and therefore do not give her the necessary anonymity required to protect her personal safety, which has been jeopardised in the past owing to such information being publicly available.

"Offshore companies do not publish these shareholder details. Emma receives absolutely no tax or monetary advantages from this offshore company whatsoever only privacy."

The database is intended to remove the secrecy around these offshore companies, revealing the real names of owners where possible. The ICIJ said it was in the public interest to release the details.

Alongside data exposed as part of the Panama Papers leak, the database will include information of more than 100,000 offshore entities disclosed in 2013 by the ICIJ's Offshore Leaks Investigation.

Only a small percentage of the 11.5 million leaked files from Panama-based law firm Mossack Fonseca - originally obtained from an anonymous source a German newspaper - and and the ICIJ will not disclose raw documents or unnecessary personal information such as bank accounts, email exchanges and financial transactions.

The data exposed the existence of offshore accounts held by 12 world leaders and 128 politicians alongside others. The US Justice Department launched a criminal investigation into the leak and the tax avoidance schemes it revealed shortly after.

The ICIJ previously worked with British news institutions such as the BBC and The Guardian to reveal information from the Panama Papers leak.

06/05/2016: Mossack Fonseca, the law firm at the centre of the Panama Papers, has threatened legal action against the International Consortium of Investigative Journalists (ICIJ).

Although the scandal began in early April, the company is only now threatening to take the organisation to court.

In a "cease and desist" letter sent to the ICIJ and reproduced by Press Gazette, Mossack Fonseca said: "Mossack Fonseca & Co. wants to communicate the latest action taken by the group in the light of the information breach it was [a] victim of.

"Due to the way in which the media has fed from the information stolen from our system in order to disseminate out of context news and affect our reputation, we have been forced to take stronger actions.

"Today we sent a cease and desist letter to the International Consortium of Investigative Journalists (ICIJ) regarding its announcement to make public, on May 9 the second portion of the database stolen from our company."

The letter also states that the actions or the ICIJ are a violation of attorney-client privilege and that it operates "in all jurisdictions, under strict compliance with the law and regulations of the industry".

"It is not common for our group to take these kinds of actions with media groups and we hope the polemic will not drag us into future legal actions. Our company is loyal to and promotes the freedom of the press, but we consider that practices like the one taken by the ICIJ does not align with the right to communicate the truth, without speculation and in a balanced way that respects and takes into consideration the right s of all other parties involved," it concluded.

The source of the leaks, still using the seudonym John Doe, has also come forward to explain his actions.

"I decided to expose Mossack Fonseca because I thought its founders, employees and clients should have to answer for their roles in these crimes, only some of which have come to light thus far. It will take years, possibly decades, for the full extent of the firm's sordid acts to become known."

20/04/2016: The US Justice Department has launched a criminal investigation into the information leaked in the Panama Papers, attempting to get to the bottom of tax avoidance schemes revealed in the data leak.

The US Attorney for Manhattan, Preet Bharara, announced the revelation to the International Consortium of Investigative Journalists (ICIJ), asking for its help to investigate the leaked documents from Panama law firm Mossack Foncesa.

The ICIJ worked with a number of British news institutions including the BBC and The Guardian to reveal the information leaked in the Panama Papers.

The US Justice Department will scrutinise the papers in order to uncover any fraud or illegal tax schemes occurring in the alleged tax haven.

Bharara's letter stated: "The U.S. Attorney's Office for the Southern District of New York has opened a criminal investigation regarding matters to which the Panama Papers are relevant.

"The Office would greatly appreciate to opportunity to speak as soon as possible with any ICIJ employee or representative involved in the Panama Papers project in order to discuss this matter further."

06/04/2016: The Mossack Fonseca, the Panamanian law firm at the centre of a massive leak of private financial data, was the victim of a hack, according to its co-founder.

Ramon Fonseca said the leak was not an "inside job", but the law firm had been hacked by cyber attackers based outside of the country, Reuters reports.

The firm has now filed a complaint with the Panamanian attorney general's office.

The fallout from the leak of more than 11 million documents from the Panamanian law firm has been severe already. A number of countries are investigating possible financial wrongdoing by the wealthy and powerful, and the Prime Minster of Iceland has taken temporary leave of office following questions over his involvement.

"We are amazed that nobody has said: 'Hey, a crime has been committed here,'" Fonseca, one of the firm's founding partners, told Reuters.

Mossack Fonseca is reported to have sent an email to its clients saying it had suffered "an unauthorised breach of our email server".

Following news of the breach, the company has accused media reporting on the data of having unauthorised access to its documents and of presenting this information out of context.

An outsider is likely the source of the Panama Papers hack, according to new evidence.

The data leak saw 2.6TB of data exfiltrated from Panamanian law firm Mossack Fonseca, relating to the offshore accounts of some of the most powerful and notorious people in the world, with alleged indications of money laundering and tax evasion.

A test run by security and privacy guru Christopher Soghoian and replicated by IT Pro shows Mossack Fonseca does not encrypt its emails with TLS protocols, which could at least partically explain why such a large proportion of the data was emails. 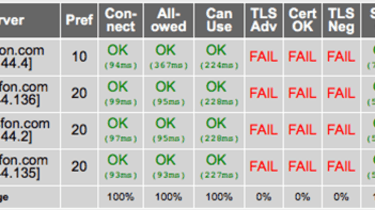 Mossack Fonseca itself told Spanish news site El Espaol that the leak was the result of an attack on its email servers, although Sddeutsche Zeitung said it received the files steadily over the course of a year.

It is also now being suggested that the attack could be the work of a nation state, or someone with that level of computing power.

Chiles White, CEO of security firm IRM, said: "The leak could be the work of an external hacker, and one would hope with information of this magnitude a very competent hacker potentially at nation state level.

"Legal companies like this hold a lot of rich, exciting information that can be very useful at a nation state level, especially when current and former world leaders are involved. The huge amount of data makes it likely the entire database was stripped out, which also points to an external attack."

He added: "The leak should be taken as a cautionary tale for legal firms in the UK - they need to understand that they are seen as a rich source of salacious data and are very much at risk of the same thing happening to them. Data security should be the chief concern of any business holding personal and financial data, especially when it's as sensational as this.".

04/04/2016: A serious server hack at Panamanian law firm Mossack Fonseca has led to the biggest information breach in recent years, with the release of of 2.6TB of data relating to some of the most powerful people in the world.

The cache of 11.5 million leaked files - primarily emails, but also PDFs, text files and others - is being referred to as "the Panama Papers" and was obtained from an anonymous source by German newspaper Sddeutsche Zeitung. It was then shared by the International Consortium of Investigative Journalists with the Guardian and BBC in the UK and other media outlets around the world.

Mossack Fonseca, the company the data originated from, is the fourth largest offshore law firm, according to The Guardian, and both it and the BBC claim the documents show the firm has "helped clients launder money, dodge sanctions and evade tax".

For its part, Mossack Fonseca says it has operated beyond reproach for the past 40 years and has never been charged with any criminal wrongdoing.

At 2.6TB, this is the largest data leak of the past several years - bigger than either WikiLeaks in 2010 or the NSA files in 2013.

It also seems that the method of extracting data, and potentially therefore the person who leaked it, is different too.

While the 2010 and 2013 US military and intelligence leaks were carried out by insiders (Chelsea Manning and Edward Snowden respectively), Mossack Fonseca is blaming this leak on an attack on its email servers, according to Spanish news site El Espaol.

The website quoted a statement from the company saying it had opened an investigation after discovering that "unfortunately" it had suffered "an attack on its email server" and that it is taking "all necessary measures to prevent this from happening again".

These include reinforcing its security systems and bringing in specialist consultants to determine exactly what information the "unauthorised persons" have accessed.

Meanwhile, Ramon Fonseca, one of the co-founders of the firm, has called the leak "a crime and a felony".

"Each person has a right to privacy, whether they are a king or a beggar," said Fonseca, according to Sky News.

Fonseca also claimed the Panama Papers were the result of a "limited hack", despite the size of the leak.

More information on the content of the Panama Papers and their potential implications can be found at The Guardian and the BBC.

IT Pro has contacted Mossack Fonseca for a response to the incident, but had not received a response at the time of publication.