People's personal details were stolen, but their financial data is safe, says promoter 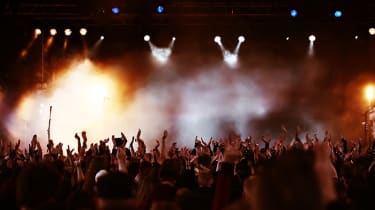 Promoters of the Coachella Music Festival have confirmed details of nearly one million attendees have been leaked from its database, but said payment information is not among the stolen data.

Reports of a massive data breach first appeared at the end of February, with Motherboard reporting the information of some festival goers could be bought on the dark web for just $300.

This cache of information is enough for criminals to put together several types of scams and criminal activity. Reports have already started appearing of phishing attempts, while the full name, address and date of birth information could be put together to carry out identity theft.

However, as the data was stolen from the Coachella.com website and not the festival's ticketing site, users' credit card details were not stolen, said Coachella, meaning payment fraud isn't an immediate threat.

In a statement reported by IQ magazine, festival promoter Goldenvoice admitted the breach, saying it has "taken measures to block further unauthorised access and reported the matter to the appropriate authorities for further investigation".

Commenting on the lost data, Chris Boyd, malware intelligece analyst at Malwarebytes, said: "[The breach] opens the door to very personalized phishing attempts. Smooth criminals will no doubt fire off some fake refund/special festival deals at people who may not know about [it]."

"The good news is, no payment information was compromised - but by the same token, cards can be canceled and replaced. It's a bit trickier to replace the information [that was] swiped ... to varying degrees of difficulty and/or time-wasting inconvenience.

"If you're off to Coachella this year, have a good time and remember to go directly to the source where all email missives are concerned," he added.