Uber sued over divorce: privacy matters for cheaters - and the rest of us

Mock the adulterous husband, but Uber should be better at protecting data 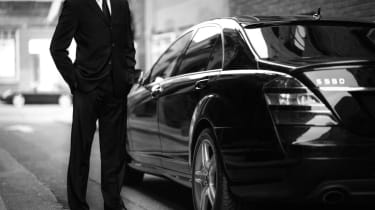 Ooh la la a French philanderer has sued Uber, saying a bug in the app alerted his wife to his cheating ways.

She's now his ex-wife, as the husband was off somewhere he shouldn't have been, apparently with someone he should not have been with. That said, he clearly valued the relationship more than his behaviour would suggest, as he's sued Uber for $45 million for the loss. A hearing is due later this month, according to the report in Le Figaro.

But there genuinely was a bug with Uber's app that could have had much more serious repercussions than even divorce and Uber has a bit of a track record with privacy issues to begin with.

The odd flaw only struck iOS versions of the app updated since mid-December, and meant that if an iPhone was used to log into the Uber app and then logged out, it kept sending notifications of location. The husband in question borrowed his wife's phone to order an Uber, but then logged out. Despite logging out, she continued to get notified of his rides and location.

The French couple weren't the only ones affected, with reports on Twitter suggesting others have reported the flaw. Uber told the newspaper: "Uber doesn't publicly comment on individual cases, and especially those which concern things such as a divorce procedure."

Such a bug not only has the power to out hidden relationships, but could prove dangerous in cases of abuse, letting the violent party track their partner or ex. A jealous husband or wife or ex could also make use of the flaw for stalking.

So while it's easy to sneer at an adulterer suing Uber for his own mistakes, the case highlights why such companies need to be much more careful with data and user privacy there are genuine, real-world consequences to their coding mistakes.