Almost a year after GDPR, the tech giant has announced new guidelines for data management 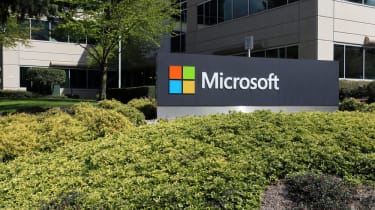 Microsoft has unveiled a slew of features to fortify privacy controls for its Microsoft 365 users that aim to simplify its data privacy policies.

These new capabilities, which come almost a year after the introduction of the GDPR, include controls to automatically expire or revoke access to encrypted emails, data investigation capabilities and new compliance features in Microsoft Teams.

"Privacy and compliance professionals play an increasingly strategic role within organisations," wrote Rudra Mitra, partner director of security and compliance, in a blog post. "As data continues to grow exponentially and travel across organisational boundaries, providing your teams with the right tools to maintain control and manage risk across data, wherever it lives, is our priority.

"Today, we are excited to share updates in Microsoft 365 that provide organisations with more control and options to strengthen their data privacy practices."

While these new updates are welcome, there is a suggestion that a company as big as Microsoft should have had these updates in place long before - also, there's no actual date for when it will action such updates, rather it would seem more like a statement of intent.

"Now look, I get that a lot of people aren't sure that we're serious about this," Zuckerberg said. "I know that we don't exactly have the strongest reputation on privacy right now, to put it lightly. But I'm committed to doing this well."

While a road map to make the "future private" is important where Facebook is concerned, there is a running theme with Zuckerberg and his company of talking more than doing. The only noticeable change announced was a redesigned to the app, which is no longer blue - and a plan to launch a redesigned desktop webpage later this year.

Since coming under fire for the Cambridge Analytica scandal, the CEO and his company have gone on a PR campaign to change its reputation, but many have pointed out that little has actually changed.

"The stark contradiction between Facebook's public promises to mend its ways on privacy and its refusal to address the serious problems we've identified - or even acknowledge that it broke the law - is extremely concerning," he said.