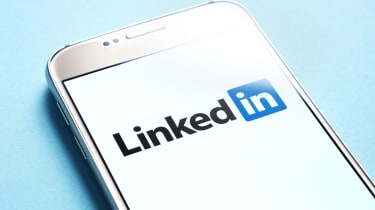 A US federal court has rejected efforts from LinkedIn to stop a startup from harvesting publically-accessible information off the professional network.

The Circuit Court of Appeals let stand a 2017 preliminary injunction that required LinkedIn to give hiQ Labs access to user accounts that were publicly available.

The decision has set the Microsoft-owned company back in its battle against 'data scraping', which it said violates its users' privacy. However, Circuit Judge Marsha Berzon said hiQ showed it faced irreparable harm and might go out of business without access.

She also added that giving companies such as LinkedIn "free rein" over who can use public user data risked creating "information monopolies" that harm the public interest.

"LinkedIn has no protected property interest in the data contributed by its users, as the users retain ownership over their profiles," Berzon wrote, according to Reuters. "And as to the publicly available profiles, the users quite evidently intend them to be accessed by others."

"Others", in this case, refers to hiQ, which is a San Francisco company that uses this kind of data to provide prediction models to businesses. The firm's algorithms can be used to estimate when employees might leave or workout areas where in-demand skills can be found.

The company was originally in court on August 2017 and was awarded a preliminary injunction that meant LinkedIn had to allow it access. Classified ad website Craigslist supported LinkedIn, warning the injunction could have a "dangerous impact" that could lead to spam and phishing attacks.

However, Berzon said, however, the startup had raised serious questions about LinkedIn's conduct, such as whether it could invoke a federal law targeting computer fraud and abuse to block "free riders" from accessing user data.

"Of course, LinkedIn could satisfy its 'free rider' concern by eliminating the public access option, albeit at a cost to the preferences of many users and, possibly, to its own bottom line," she said.