First Financial blasted by ICO over text message campaign that's already landed it in hot water with the ASA. 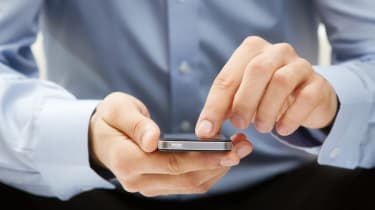 A payday loan company has been fined 175,000 for sending out millions of unlawful SMS messages, prompting thousands of complaints to the Information Commissioner's Office (ICO).

The guidance states organisations must have an individual's consent before sending them text-based marketing messages.

We are currently speaking with the Government to get the legal bar lowered, allowing us to take action at a much earlier stage.

The ICO received 4,031 complaints about the text messages, which included statements such as: "Hi Mate hows u? I'm still out in town, just got 850 in my account from these guys," followed by a link to the company's website.

The text messages were sent from unregistered SIM cards but, with messages regularly referring readers to the company's URL, the ICO was able to trace the source.

The missives were previously at the centre of an investigation by the Advertising Standards Agency (ASA), after 13 people complained the texts were unsolicited and suggested payday loans were an acceptable way to fund days out and social activities.

The complaints were upheld by the ASA, who ruled the messages should not appear again in their current form.

It's not the first time the company's actions have come to the attention of the ICO, as it was prosecuted under the Data Protection Act in October for failing to register the business was processing personal information.

In the lead up to the court hearing in that case, the company's sole director Hamad Shabani tried to remove his name from First Financial's listing with Companies House.

"People are fed up with this menace and they are not willing to be bombarded with nuisance calls and text messages at all times of the day trying to get them to sign up to high interest loans. The fact that this individual tried to distance himself from the unlawful activities of his company shows the kind of [people] we're dealing with here.

"We will continue to target these companies that continue to blight the daily lives of people across the UK. We are also currently speaking with the Government to get the legal bar lowered, allowing us to take action at a much earlier stage," Entwisle added.