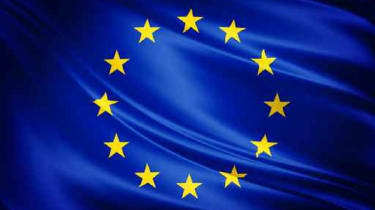 The European Commission (EC) is due to complete its reform of the data protection law before the year is out.

The body said it is imperative that Europe's data legislation gets up to speed with the current ways data is being used, after a UK watchdog blasted the progress of data reform as moving at a "snail's pace", and said reform must be completed by the end of the year.

It is three years after the EC first proposed an overhaul of the European Union's (EU) decades-old data protection laws, but discussions around the proposals are still ongoing between the European Parliament and Council of the EU, Europe's two legislative bodies.

In a joint statement today, vice-president Andrus Ansip and Commissioner Vra Jourov said people must be able to trust that their data is protected if they are to embrace new technology.

They said: "Citizens and businesses are waiting for the modernisation of data protection rules to catch up with the digital age. New technologies are emerging fast and have enormous potential for our society and economy.

"This potential can only be fully realised if people can trust the way their personal data is used. We must conclude the ongoing negotiations on the data protection reform before the end of this year."

The new General Data Protection Regulation laws are aimed at strengthening citizens' rights over their data, introducing a right to be forgotten, simpler access for citizens to their own data, and the requirement for explicit consent for companies to process someone's data.

Some countries including the UK have raised concerns over the new legislation, with justice minister Lord McNally claiming SMBs will not benefit.

So far, three partial-agreements have been reached in the Council of the EU on key aspects of the General Data Protection Regulation, according to the EC.

These cover rules governing how companies process personal data, rules on how the public sector treats personal data and a measure to make it easier for firms to do business in the EU.

But a fortnight ago, the Information Commissioner's Office (ICO) slammed the length of time reform is taking.

Information Commissioner Christopher Graham said: "The institutions of the European Union are moving, but at a snail's pace."

He added that current legislation is "scarcely fit for purpose".