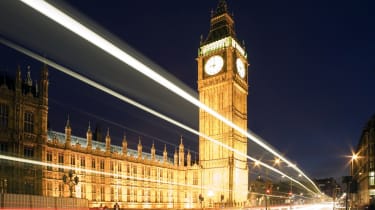 The revived Communications Data Bill was blocked under the coalition government by the Liberal Democrats, but Home Secretary Theresa May hopes the so-called Snooper's Charter will be passed under the majority Tory Parliament.

If approved, British spy agencies would have legal access to citizens' data, with the bill forcing internet service providers to collect and store vast amounts of information on users, handing it over to the government on request.

The letter, signed by 38 law professors, lecturers and researchers, argues that proper Parliamentary oversight is needed as the previous Coalition Government tried to authorise dramatic new surveillance powers without proper debate in the House of Commons.

As an example, it cites a draft Code of Practice published in February 2015 that tried to give the intelligence services the authority to hack computers both in the UK and abroad.

The group of legal experts, which includes individuals both for and against increased surveillance powers, point out that this proposed authority was contained in a draft code rather than in a Bill.

MPs were therefore denied an opportunity to debate its effects even though, the academics argue, state-sponsored hacking "threatens the security of all internet services as the tools intelligence services use to hack can create or maintain security vulnerabilities that may be used by criminals to commit criminal acts and other governments to invade our privacy".

Signatory Andrew Murray, professor of law at the London School of Economics, told IT Pro: "We hope that MPs, especially those newly elected to the Commons, will take heed of our warning that surveillance powers must be subject to Parliamentary scrutiny and must be proportionate.

"By highlighting failings in the previous Parliament we hope MPs will be aware of the risks of failings in Parliamentary scrutiny and will take steps to educate themselves in this area."

Murray himself is highly critical of mass surveillance, arguing the balance between privacy and security has tipped too much in favour of security in recent years.

He added: "We need to ensure surveillance laws are proportionate and respect the rule of law. Full transparency and Parliamentary oversight is the minimum required for this. There is little evidence that mass surveillance is a proportionate response to the risks face [sic] by the country."

The open letter comes after privacy groups hit back at renewed proposals for the Snooper's Charter, telling IT Pro the government is guilty of ignoring widespread public concern.