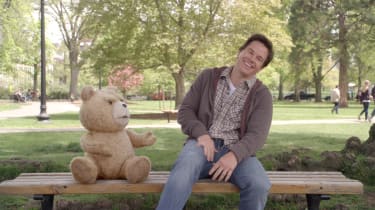 Google has patented the concept of 'smart' teddy bears that can interact with children, sparking concerns among privacy campaigners.

According to the patent document, these cuddly anthropomorphic "devices" will interpret the commands of the children playing with them and "express curiosity" through a series of actions, which could include tilting and scratching their heads, as well as furrowing their brows.

Despite the potentially scary idea of a teddy bear that can scratch its own head and appear to understand your child, the document also insists that the toy should be "cute" enough to appeal to young children.

"Young children might find these forms to be attractive," the patent reads. "However, individuals of all ages may find interacting with these anthropomorphic devices to be more natural than interacting with traditional types of user interfaces."

As well as the play aspect, though, the devices would also act much in the same way as other Internet of Things (IoT) technologies around the home, programmed to control the TV, DVD player or household heating.

The patent was filed in 2012, but has just been approved. 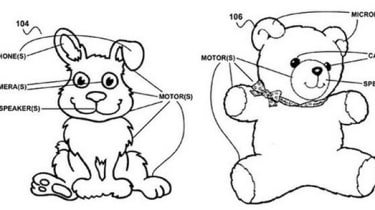 The announcement caused a chorus of concern among privacy advocates, who pointed to the dangers of spying and recording conversations.

Emma Carr, director of campaign group Big Brother Watch, told BBC News: "The privacy concerns are clear when devices have capacity to record conversations and log activity. When those devices are aimed specifically at children, then for many this will step over the creepy line.

"Children should be able to play in private and shouldn't have to fear this sort of passive invasion of their privacy. It is simply unnecessary."

Smart toys such as Mattel's Hello Barbie have already caused controversy, with lobby group Campaign for a Commercial Free Childhood attracting more than 42,000 signatures for its petition against the idea.

"In general, as technology moves forward, markets will offer a steady stream of products that push or even break mainstream social norms on privacy as well as other things," added Jens-Henrik Jeppesen, direct of European affairs at The Centre for Democracy and Technology.

"Responsible companies will understand they need to provide full transparency about how such devices handle data. Some consumers may find such products appealing I suspect most will not."

Ofcom joined forces with the government in January in order to regulate IoT technologies in the UK, citing data privacy and security as key concerns.

There are more than 40 million connected devices in the UK alone, with this set to increase eight fold by 2020, according to Gartner.