The iPhone may cost more, but that's because Apple isn't selling your data - when others are, the CEO of Apple warned 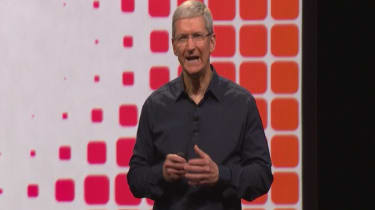 Apple's CEO Tim Cook has taken a broadside at the business model used by its biggest rival Google, saying customers shouldn't have to trade their data for lower prices.

Cook's speech at EPIC's Champions of Freedom event in Washington said the issue of data privacy and protection was one of "morality", but it also offered an unspoken argument for why Apple's products cost more.

"Like many of you, we at Apple reject the idea that our customers should have to make tradeoffs between privacy and security," Cook said, according to a report from TechCrunch. "We can, and we must provide both in equal measure."

He pointed out that other tech firms - no names were mentioned, but it's clear who he was referencing - rely on data collection for their income, saying Apple "doesn't want your data".

"I'm speaking to you from Silicon Valley, where some of the most prominent and successful companies have built their businesses by lulling their customers into complacency about their personal information," Cook said, according to the report. "They're gobbling up everything they can learn about you and trying to monetise it. We think that's wrong. And it's not the kind of company that Apple wants to be."

It's an intriguing change of sales tack from Cook, suggesting he's trying to give Apple products a competitive advantage on privacy and security - the iPhone may cost more, but that's because Apple isn't selling your data.

And it's not only iPhones. Cook stressed data protection is even more important now that phones and wearables are collecting health data and used as payment methods, and as the Internet of Things is connecting more devices in our homes.

Saying customers should "be in control" of their own information, he said getting a service for free isn't worth "having your email, your search history and now even your family photos data mined".

Google recently updated its Photos service to include unlimited storage, telling people it's ideal for rationalising your family pictures that are spread out across laptops, phones and other devices.

"We've been offering encryption tools in our products for years, and we're going to stay on that path," he said. "We think it's a critical feature for our customers who want to keep their data secure."

He added: "If you put a key under the mat for the cops, a burglar can find it too."