Technology cannot be allowed to take precedence over the fundamental human right to privacy, according to an EU data protection expert.

"We all know the world of 1995 looked completely different from the point of view of processing all the data, including personal data, than it looks at the moment. Yes, we had email accounts, we used the internet in 1995 ... but that was a different world," he told the audience.

"I don't mean only the fact there were no social networks in this time, I mean also there was no worldwide web at this time, we were encoding and decoding the data ... we were using Gopher [an IP application layer protocol to distribute, search, and retrieve web files]." 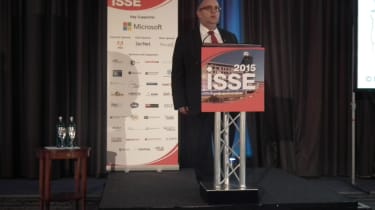 However, while the world may look different, Wiewrowski said, that doesn't mean values have to change.

Arguing that in order to enforce this, there needs to be a good balance between ethics and legislation, the supervisor contended that technology needs an emphasis on privacy by design.

"Those who are really the data miners, who are building the logics of the data mining, the only thing that makes them behave well is the ethics and the good penal law."

The final GDPR text is expected to be published by the end of the year.