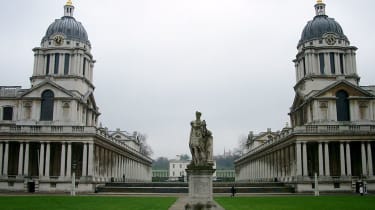 The personal data of hundreds of students were leaked online by the University of Greenwich last night.

The names, addresses, mobile phone numbers and dates of birth went on the university's website along with minutes from its Faculty Research Degrees Committee, which is responsible for registering students.

Other details leaked included medical problems explaining why students had fallen behind on their work, as well as the students' signatures, according to the BBC.

A student who spotted the data breach notified both the BBC and UK data watchdog the Information Commissioner's Office (ICO), which is now investigating the issue.

One example of leaked data was a student whose brother was fighting in a Middle Eastern army, reported the BBC, and the information referred to an asylum application.

Other data apparently included correspondence between university staff and students, and supervisors' comments about students' progress.

An ICO spokeswoman told IT Pro: "We're aware of an incident at Greenwich University and are making enquiries."

In a written statement received by IT Pro, University Secretary Louise Nadal apologised for the data breach, calling it "a serious, unprecedented error".

"We are now acting urgently to identify those affected. I will be contacting each person individually to apologise and to offer the support of the university," Nadal said.

"At the same time, I am also conducting an investigation into what went wrong. This will form part of a robust review, to make sure that this cannot happen again. The findings and recommendations of the review will be published.

"The university is committed to protecting confidential data and apologises for this error. We are co-operating fully with the Information Commissioner and we will take all steps necessary to ensure that we have the best systems in place for the future," she said.

The breach comes shortly after the EU agreed on the wording of new data protection laws the General Data protection Regulations (GDPR) set to come into force in 2018.

It will require organisations to notify their data watchdog within 72 hours of a breach occurring, and set fines at four per cent of an organisation's annual turnover, or two per cent for minor breaches.

This article has been updated with a response from the University of Greenwich.