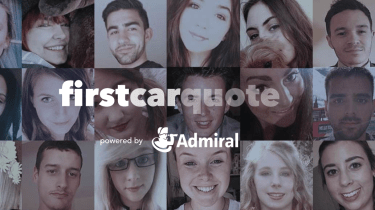 The social network confirmed to IT Pro that users' accounts will only be used for login and verification purposes on Admiral's firstcarquote app.

The app, which Admiral has been working on for some time, would offer first time drivers a discount of between 5% and 15% on their car insurance in exchange for access to their Facebook data.

An analysis of their posts and likes over the last six months, allegedly including whether they use exclamation marks and certain words, would determine any discount, with Admiral saying that there is a "proven link between personality and how people drive".

It was due to go live this week, but was put on hold yesterday evening, which Admiral said was to address "a few outstanding issues".

But Facebook today confirmed that users' data would not be available to Admiral whether or not users granted the insurer permission to access it, as it breaks Facebook's usage policy.

A spokesperson told IT Pro: "Protecting the privacy of the people on Facebook is of utmost importance to us. We have clear guidelines that prevent information being obtained from Facebook from being used to make decisions about eligibility.

"We have made sure anyone using this app is protected by our guidelines and that no Facebook user data is used to assess their eligibility. Facebook accounts will only be used for login and verification purposes."

Instead, Admiral will now have to ask users of the app to answer a series of questions that will assess their eligibility for a discount instead.

Executive director Jim Killock said: "We need to think about the wider consequences of allowing companies to make decisions that affect us financially or otherwise, based on what we have said on social media.

"Young people may feel pushed into such schemes because of financial constraints. The right to keep things private shouldn't be the preserve of those who can afford it."

Meanwhile, UK data watchdog, the Information Commissioner's Office (ICO), told IT Pro it will ask Admiral about the techniques the insurer wanted to use on data.

An ICO spokesperson said: "The law says that the use of personal information must be fair. A key part of that fairness is ensuring that people are informed about how their data will be collected and used and it is processed fairly. This applies to using personal information acquired from social networking sites. We are paying particular attention to the increasing use of new 'social scoring' techniques to ensure that these developments proceed in accordance with the law."

Admiral's lead on the project, Dan Mine, told the Guardian it was not an invasion of people's personal data, saying: "It is incredibly transparent. If you don't want to use it in a quote then you don't have to."

The insurer's FAQ still tells applicants that it's up to them how much data they share, but adds that "what we have access to will impact how we understand and calculate safety and the discount we're able to offer".

Any data collected would be a "static snapshot" of the last six months and would be stored in Amazon Web Services, but Admiral admitted that older data could sometimes be taken into account.

We've launched a new brand called https://t.co/lIZT6HOODj for new drivers. They can get a quicker & cheaper quote via Facebook 3/3

IT Pro asked Facebook whether or not it had stripped the app of its ability to access profile data during a final review process all Facebook-related apps go through, but the company declined to comment further.

This story was originally published at 11.15am on 2 November but was updated at 11.55am with comment from Facebook and the ICO. The story was updated again at 12.45pm to include Admiral's Twitter comments.