US magistrate says the company must comply with FBI search warrant 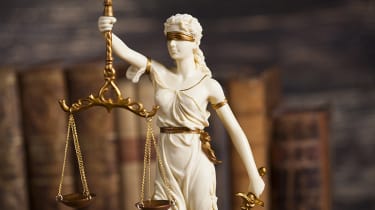 A US magistrate has told Google it must comply with an FBI search warrant relating to user emails that are stored on servers outside the US. This comes after an appeals court ruled in favour of Microsoft in a very similar case, stating that US law enforcement agencies don't have the right to access data stored outside the country.

Judge Thomas Rueter said that transferring emails, which as in the Microsoft case are stored in Ireland, to the FBI didn't qualify as a seizure of the emails and as such, there was no "meaningful interference" with the account holder's "possessory interest" according to Reuters.

"Though the retrieval of the electronic data by Google from its multiple data centers abroad has the potential for an invasion of privacy, the actual infringement of privacy occurs at the time of disclosure in the United States," Rueter wrote.

Bizarrely, the ruling means that while Google is obliged to relocate the information to the US, it may be illegal for the FBI to actually access it. There is also an added layer of controversy, beyond privacy concerns, as the new ruling flies in the face of the precedent set by the US Court of Appeals for the Second Circuit.

Both Microsoft and Google had hoped this latest case would solidify that precedent if it fell in Google's favour, meaning it would be the end of the court battles that have been popping up since 2013.

In a statement, Google said: "The magistrate in this case departed from precedent, and we plan to appeal the decision. We will continue to push back on overbroad warrants."