Firms might buy, not build, their way to GDPR compliance 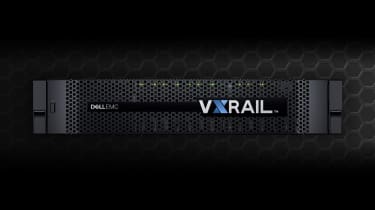 The EU's incoming GDPR data protection legislation will drive a spike in sales of converged and hyperconverged infrastructure (HCI), according to Dell EMC.

The new rules, which come into force in May 2018, place strict requirements on companies around data sovereignty with hefty fines for non-compliance - up to 4% of global turnover or 20 million.

As the deadline for compliance approaches, Dell EMC's EMEA CTO for HCI, Nigel Moulton, predicted that many companies will turn to off-the-shelf converged infrastructure and HCI products as a way to quickly stand up GDPR-compliant clouds.

"If the business imperative is just to get something stood up so you can move the applications, the databases and the workloads onto it, then you're right in identifying a potential spike in CI and HCI."

One of the key drivers, he said, is the fact that converged appliances can help remove the guesswork from GDPR preparations, as both the delivery timeline and costs are known quantities. "Is the best use of a capital investment to just acquire an outcome that we can deliver for you, or do you allow a bunch of engineers to go and engineer something?" he said. "You're going to see an increasing tilt towards 'we just need to get something in our DC that is turned on, that spins up, that works'."

Gartner analyst Matthew Brisse said the advantages of this approach are not lost on customers. "In talking with customers at the show, my observation is a clear understanding that the value is in the consumption model vs the combination of server/storage/network/SDS," Brisse told IT Pro.

"It's like Xbox. We all know Xbox is nothing more than a PC with compute, storage and networking but consumers don't view it that way. They consume Xbox as an integrated gaming appliance/system. The ah-ha here at the show is the clear understanding by customers that HCIS is a consumption model alternative play."

Moulton also pointed out that for CIOs who want to modernise their data centres, converged appliances can be an easy way to kick-start their digital transformation journeys. "For folks who do want to make a transformation, converged encourages you to do it; hyperconverged forcesyou to do it, because you remove the SAN."

"So all of a sudden, you have a set of engineering capabilities in storage that you have to retrain people. Not optionally - you have to. So the further down the IT transformation curve you are, the more aggressive you are in terms of transforming, hyperconverged I would put right at the front edge of that wave."