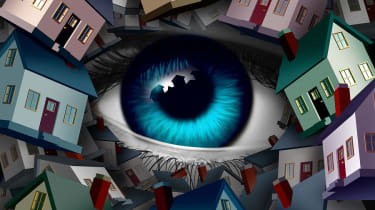 Human rights organisation Privacy International has filed a lawsuit in a bid to reveal the legal standing behind the decades-old Five Eyes agreement.

Privacy International has brought the court case before the US District Court for the District of Columbia, attempting to compel disclosure of records relating to the 1946 surveillance agreement between the US, UK, Australia, Canada and New Zealand.

Five Eyes refers to a global surveillance arrangement between these countries that began during World War II, when the military branches of each country respectively developed signals intelligence relationships with their counterparts. Those relationships were formalised in the United Kingdom-United States Communication Intelligence Agreement, signed in 1946.

The campaign group said that the most recent publicly available version of the Five Eyes surveillance agreement dates from 1955, and it wants the governments involved to detail the current version of the agreement, bearing in mind today's proliferation of data available on mobile phones, computers and other devices.

This availability of data has enormously increased opportunities for foreign governments to capture even purely domestic communications, the privacy group argued.

Privacy International's legal officer, Scarlet Kim, said: "Key documents, including the current agreement, remain secret, despite being critical to proper scrutiny of US surveillance activities. The public has a right to know what rules govern the exchange of information which may include purely domestic communications and data through this private pact."

Hannah Bloch-Wehba, Stanton First Amendment Fellow at Yale Law School's Media Freedom and Information Access Clinic (MFIA), which is representing Privacy International, said that without knowing the procedures and rules that govern intelligence sharing among the Five Eyes, it is impossible for the public to know if this secretive surveillance abides by constitutional restrictions.

"Disclosure of the laws, rules, and regulations that constrain government surveillance is fundamental to basic democratic oversight.  The government's failure to make available even the most basic information about the rules currently in place corrodes public confidence in the rule of law and undermines our democracy," she said.