UKIP appeals against the ICO's demand for election data details 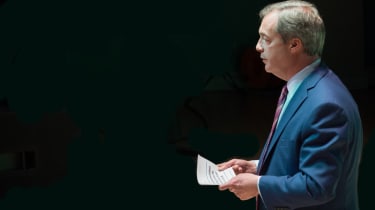 The Information Commissioner's Office (ICO) has accused UKIP of holding up its investigation into how people's personal data was used by political parties in the EU referendum campaign.

The data protection body has been forced to issue four formal demands for details, including one to UKIP, which has appealed against the notice to the Information Rights Tribunal.

"In some instances we have been unable to obtain the specific details of work that contributed to the Referendum campaign and I will be using every available legal tool and working with authorities overseas to seek answers on behalf of UK citizens," said Elizabeth Denham, the information commissioner, in a blog post yesterday.

"Other organisations have failed to be as comprehensive as I believe they need to be in answering our questions and have forced us to invoke our statutory powers to make formal demands for information. The ICO has issued four information notices as part of the investigation including one to UKIP, who have now appealed our notice to the Information Rights Tribunal."

"This investigation is a high priority for my office. We're asking whether there was a legal basis to use this information. Did people have a way of exercising their privacy rights?"

A UKIP spokesperson told IT Pro: "UKIP have co-operated with the IC[O] however we feel that serving UKIP with a notice but no specific clarification imposes the threat of an offence but does not explain what is required to avoid it. Thus we have appealed that decision. We remain happy to co-operate with the IC[O]."

The aftermath of the Brexit vote put campaigns' use of data under the spotlight as reports emerged that Cambridge Analytica, a data-driven campaigning specialist, was involved with Leave.EU, though this alleged involvement wasn't disclosed to the election watchdog. Cambridge Analytica claimed proposed work never went ahead. Nevertheless, the ICO said it had concerns.

It launched its formal investigation into political groups' use of data analytics in May. Denham's latest update confirmed the ICO has spoken to more than 30 political parties, campaigns, data companies and social media platforms so far, including AggregateIQ, a Canadian-based company used by a number of the campaigns.

"It is still too soon for me to speculate on the outcome of our investigation," said Denham, adding that she will publicly report on the investigation and any recommendations at its conclusion.

The ICO's update coincides with continued scrutiny over alleged Russian interference in the EU referendum, with Twitter, Facebook and Google disclosing to a parliamentary inquiry into fake news how little money Russian operations actually spent on adverts on their platforms.

Twitter found that $1,031.99 was spent on six referendum-related ads during the regulated period for the EU referendum, while Facebook identified three adverts purchased by the Internet Research Agency (IRA) collectively for less than $1, and Google telling IT Pro it has found no evidence of any such ad spending.

However, Twitter found that @RT_com, which belongs to Russia Today, promoted referendum-related content during the regulated period. Twitter will no longer accept advertisements from RT or Sputnik and will donate the $1.9 million RT has spent globally on advertising on Twitter to academic research into elections and civic engagement.

J.J. Patrick, an investigative journalist looking into Russian inteference in elections, told IT Pro that even though the number spent on ads is low, they could have had a reach of almost a million views.

"What's interesting, however, is that most active Russian accounts are using organic reach and signal amplification through hashtags - which has no financial record," he said. "It's the psychological equivalent of money laundering and the true extent may never be known.

"It's not surprising that the first confirmations show a low level of activity. The same thing happened when the US started their inquiries and the truth spilled out over time. The U.K. has only just started the same process."

The former head of MI6, Sir Richard Dearlove, told  BBC Newsnight: "I've not seen anything that convinces me at all that the Russians intervened significantly in the Brexit referendum."