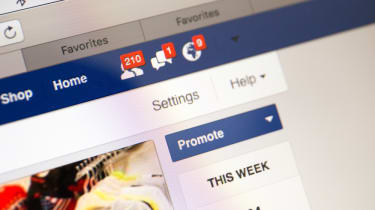 Facebook has come under fire for a Belgium court which has threatened it with a fine of up to 100 million if it continues to break the nation's privacy by collecting personal data.

The court ruled that the social network has broken Belgium's privacy laws by tracking people on third-party websites without their explicit knowledge.

"Facebook informs us insufficiently about gathering information about us, the kind of data it collects, what it does with that data and how long it stores it," the court said, reported Reuters.

"It also does not gain our consent to collect and store all this information," it added in a statement.

As such, the social network has been ordered by the court to delete all the data it has illegally gathered on Belgium citizens, which included people who were not Facebook users. If it fails to do so it will be fined 250,000 a day until the data is purged or the 100 million limit is hit.

Facebook ended up tracking people through third-party websites by placing cookies and invisible pixels on such sites which collected data on their visitors.

Richard Allan, vice president of public policy for EMEA at Facebook, expressed disappointment in the court's decision and noted the social networking giant would appeal the verdict.

"The cookies and pixels we use are industry standard technologies and enable hundreds of thousands of businesses to grow their businesses and reach customers across the EU," he said reported The Guardian.

"We require any business that uses our technologies to provide clear notice to end-users, and we give people the right to opt-out of having data collected on sites and apps off Facebook being used for ads."

Facebook is no stranger to having legal battles over privacy in Europe. It clashed with France over the way it shared data between WhatsApp and the main social network.

And a German court recently ruled that Facebook's default privacy settings are illegal as they breached the nation's data laws.