Tim Berners-Lee: Facebook was "abused and misused" by Cambridge Analytica 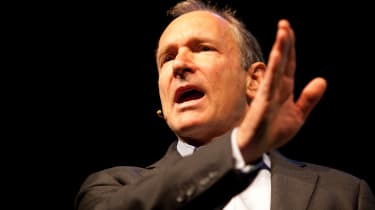 The creator of the World Wide Web,Tim Berners-Lee has described the Cambridge Analytica revelations as a "serious moment for the web's future" and has called on users to care more about the way companies handle their data.

The tech visionary has urged companies, governments, activists and academics to work together to ensure web platforms only exist to serve their users.

Just over a week ago he argued that the collection of blogs and websites from the early days of the internet had transformed into a "few dominant platforms", able to control what information is shared and with whom. Somewhat prophetically, he also suggested this has made it possible to "weaponise the web at scale", allowing fake social media to sow discord and cyber criminals to steal "troves of personal data".

Days later itemergedthat British data collection and analytics firm Cambridge Analytica had been able to access data on 50 million Facebook users without their consent, after the firm's former director of research, Christopher Wylie, blew the whistle on the scheme.

Commenting on the news, Berners-Lee said in a Twitter thread on Wednesday: "This is a serious moment for the web's future. But I want us to remain hopeful. The problems we see today are bugs in the system. Bugs can cause damage, but bugs are created by people, and can be fixed by people."

"My message to all web users today is this: I may have invented the web, but you make it what it is. And it's up to all of us to build a web that reflects our hopes & fulfils our dreams more than it magnifies our fears & deepens our divisions."

This is a serious moment for the web’s future. But I want us to remain hopeful. The problems we see today are bugs in the system. Bugs can cause damage, but bugs are created by people, and can be fixed by people. 1/9

He also called for web users to "get involved" and care about the data that companies hold. "It belongs to you... Tell companies and your government representatives that your data and the web matter."

He also praised the work of journalists and digital rights organisations for "fighting for the web we want".

He also expressed sympathy for Mark Zuckerberg, however, suggesting Facebook had been "abused and misused" by others and called for greater cooperation between users and companies.

The huge data trove is thought to have been accessed under Facebook's old data policies, which were changed in 2015. Before that time, third-party companies were able to see not only data belonging to those accounts that engaged with their content, in this case a seemingly harmless personality quiz, but also information on their friends.

As a result, the 270,000 accounts that played Cambridge Analytica's quiz gave the firm access to data belonging to 50 million users.

"Any data about me, wherever it is, is mine and mine alone to control," said Berners-Lee. "If you are given the right to use data for one purpose, use it for that purpose alone."