Bupa fined £175,000 due to worker attempting to sell customer data on the dark web 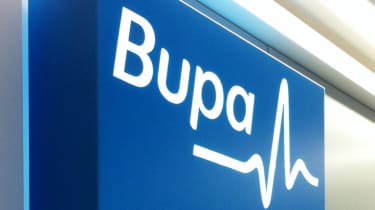 Bupa has been fined 175,000 by the ICO after one of its employees tried to sell the records of 547,000 Bupa Global customers on the dark web early last year.

The employee in question managed to lift the data from Bupa's CRM system, which holds data relating to 1.5 million of the company's customers in total. The information stolen included dates of birth, email addresses and nationality.

The ICO said Bupa failed to protect its customers' data by not monitoring its CRM system, SWAN, was used, allowing the employee to steal the information and then send the records to his personal email account. This data was then sent by the employee to the dark web between January and March last year.

Bupa was only made aware of the issue on 16 June 2017 when a partner told the company it had found the customer information for sale. The company also received 198 complaints about the incident and at this point, the employee in question was dismissed and Sussex Police informed.

After investigating into the breach, Bupa realised there was a flaw in its activity monitoring system that meant it wasn't alerted to unusual activity in the system, such as bulk data downloads. The ICO said this was a breach of the Data Protection Act 1998.

"Bupa failed to recognise that people's personal data was at risk and failed to take reasonable steps to secure it," ICO director of investigations Steve Eckersley said.

The ICO said it has fined Bupa under the Data Protection Act 1998 and not the more recent General Data Protection Regulation and 2018 Act because the incident occurred before the new legislation came into force.