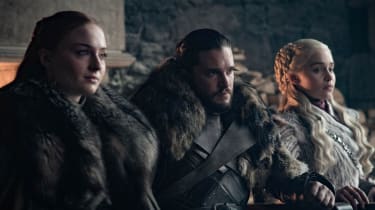 Students at a university in Munich have developed an algorithm that predicts who is most likely to die in the TV series Game of Thrones.

With the show's final season underway, a team at the Technical University of Munich (TUM) has a used basic data science and machine learning to work out which characters are most likely to die.

Their prediction for season eight (potential spoiler alert) is that Ser Bronn of the Blackwater is most likely to kick the medieval bucket with a 93.5% chance of dying. To get this statistic, the team at TUM used approaches similar to those used in medicine and life insurance calculations.

They mined statistical information about how long people lived, along with biographical data that might correlate to when they die. A real-life example might include information such as whether someone is a smoker or how frequently they exercise. But in the world of Game of Thrones, the more relevant information is what house a particular character belongs to, whether they're married, and who their allies are.

"In this project, we wanted to find features that are common to all already dead characters and use these features to predict the percentage likelihood of death (PLOD) for yet alive characters, aka to answer the question - who is likely to die next?" the team said in a blog post.

TUM's data scientists combed through the lives of hundreds of characters via the help of fan-maintained Wikis. And, along with collecting in-universe data like their gender and location, they also included information such as whether someone is a major or minor character and how often they're cited in fan Wikipedias.

By using this data, the team were able to reveal some basic truths about mortality in the Game of Thrones universe, such as the fact that being male is more dangerous than being female - men have a 22% death rate, compared to 11% for women. Certain houses are more long-lived than others, reflecting their ascendancy in Westeros. Being a Baratheon, for example, makes you 5% more likely to die than the average character, while being a Lannister makes you 45% more likely to survive.

To turn all this into predictions for individual characters, the team analysed this data using two separate models. Firstly with a fairly straightforward statistical approach known as Bayesian inference and the second relied on techniques involving machine learning and neural networks.

The shows cut-throat approach to characters has seen it become one of the most popular TV shows around and an even more popular death pool, where fans predict when characters will die. Using the TUM team's algorithm would be cheating though.