Functionality vs convenience: Should MongoDB create a managed cloud version of its database? 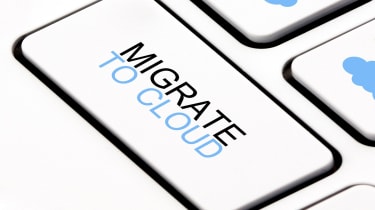 MongoDB will not sacrifice functionality for customer convenience by introducing a managed cloud version of its NoSQL database, according to its VP of strategy.

Those using Database-as-a-Service (DBaaS) offerings such as Google Cloud Bigtable settle for basic products in exchange for lessening the burden and expense of managing a database, Kelly Stirman told IT Pro.

While you can already deploy MongoDB in clouds like Amazon Web Services (AWS), the database company is considering its own managed cloud service as part of its roadmap.

But it has no firm plans to build one in the foreseeable future, and will wait until it can provide something as powerful as what it currently offers customers.

Speaking at the MongoDB World in New York, Stirman said there's a stark contrast between MongoDB's service and those of cloud players AWS, Google and Microsoft, despite the scalability offered by a cloud infrastructure.

"What they provide tends to be very simple and it's more focused on something that's always on, and elastic, so you only pay for what you actually use, versus rich features and a sophisticated database," he told IT Pro.

"Looking at MongoDB versus today's DBaaS offerings, a customer has to choose 'do I want this ease of use, this elasticity, or do I want a bunch of great features in my database?'."

He added: "A lot of times, you need those great features or you can't build your application. Whereas the benefits of DBaaS are in terms of convenience, mostly."

Deployment in the cloud

Facebook-owned mobile development platform, Parse, has deployed MongoDB in AWS's cloud, storing more than a petabyte of data in the configuration, including 240GB of primary data. Parse's product engineering manager, Charity Majors, said at MongoDB World: "We do all of this with about two people running our database full-time."

Stirman admitted that people are standing up MongoDB in the cloud "all the time" in this way, and believes it's the most common way to deploy the database, but that despite interest in hosting the database like this, there is no rush to create a cloud version.

"Eventually all business infrastructure will be mostly in the cloud. It's something that we're looking at," he admitted. But he added: "People would love an elastic database as a service from MongoDB today, but it does not exist.

"It would have to have the same great capabilities that you have in MongoDB today but it magically just works in the cloud. We have partners who do a kind of DBaaS around MongoDB, but there isn't really an offering that has all the capabilities of MongoDB and is fully elastic and it all works."

However, customers seem fairly happy with the workarounds available so far. Start-up x.ai, which is building a virtual personal assistant that schedules meetings for people, is another customer hosting MongoDB in AWS.

COO Alex Poon told IT Pro that in this set-up, MongoDB is convenient enough to use that he would have doubts over whether a cloud version would entice him. "It's a cost/performance question, like everything else," he said. "Perhaps it might be interesting. At the end of the day, one of the things we like about Mongo is because of the low maintenance of running a decent-sized set-up.

"The flip-side is it's not that worth it to pay for a cloud version because it already works out of the box. But I think there's certainly value to as you grow as a company and the product grows that some of the operation burden does get higher, and that might be a time to either use a cloud solution or find some better ways to manage that." 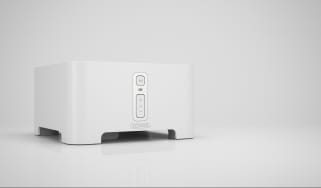