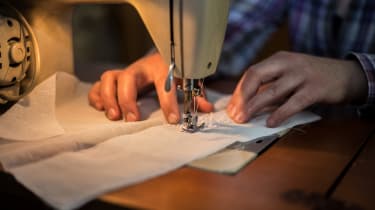 NoSQL database giant MongoDB has risen up the stack with Stitch, its latest service that aims to help developers free up time from writing boilerplate code.

Stitch is a backend-as-a-service' that handles the plumbing' coders can see as a timesink, involving handling and retrieving data, integrating new services and building in privacy and security measures.

"In recent years we've gotten a tantalising glimpse into a world where developers can spend all their time writing the code that distinguishes their applications," said Eliot Horowitz, CTO of MongoDB.

"In this world, services become the building blocks of innovation but the mere existence of services isn't enough, because there is still the drudgery of tying those services together, implementing tricky but essential access control, and of course managing data."

With Stitch, developers can automate that backend work to focus on building richer features and improving user experience, Horowitz said.

Currently Stitch is only available on MongoDB Atlas, the firm's own cloud database-as-a-service released last year.

Atlas also received an update though, allowing developers to run their clouds on Microsoft Azure and Google Cloud Platform in addition to AWS.

It now runs on eight Azure regions spanning the US and Europe, and four Google Cloud regions across the US, Asia and Europe, giving customers a choice of cloud and where they store their data.

Sahir Azam, MongoDB's VP of cloud products, said: "By extending availability of MongoDB Atlas across AWS and now to Google Cloud Platform and Microsoft Azure, we're ensuring that MongoDB users everywhere can easily leverage the database with the cloud services they want, all without worrying about the operational overhead of running the database according to best practices."