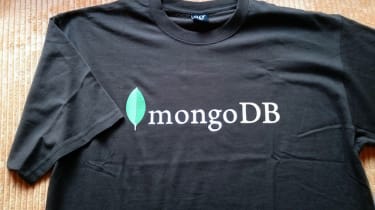 MongoDB launched its IPO yesterday where its shares closed at $32.07 which was a 34% increase above its $24 IPO price.

Sahir Azam, MongoDB's VP of cloud, told IT Pro that the company initiated an IPO now since its been fortunate to have "really strong momentum, both in innovative startups as well as some of the most established enterprise brand names in the world".

"Although we are very proud of being a public company and everything happening today it's really just one step in a much larger journey," said Azam. "We are in a massive market, one of the largest in enterprise software, we see ourselves in a very very fortunate position to be a disruptive technology within this market.

"It's easy to get caught up in the excitement of an IPO, I think it's just one step in building an innovative technology company for the long term."

Was an IPO the ultimate goal for MongoDB? "I think it's part of the overall journey. This is by no means the end game, this is just an important step in building a scale of our business and continuing to invest to drive innovation in the market," replied Azam.

The VP of cloud thinks the company got to this position since it's part of a greater trend where developers are gaining more influence within many enterprise organisations worldwide. Software is powering more and more of the customer experience for many businesses in the world.

"As we've seen software eating the world, that same trend is what has powered MongoDB's growth all along and if anything that now combined with also the shift to cloud platform has been a real strength and accelerator to our business," explained Azam.

Azam also revealed that the company will now continue to invest in scaling its business as well as in R&D to drive innovation into their technologies.

MongoDB has announced the cost of its share prices ahead of its IPO today.

There will be 8,000,000 shares of Class A common stock up for grabs at a price of $24, according to a statement. The shares are expected to begin trading on the NASDAQ Global Market today, under the symbol 'MDB', and the offering is expected to close on 23 October.

This means the company is hoping to raise $192 million from the IPO and will be valued at $1.17 billion based on its 48.9 million outstanding shares.

The company has also granted underwriters a 30-day option to purchase up to 1,200,000 additional shares of Class A common stock at the same price as the other shares. This means MongoDB could raise as much as $220.8 million thanks to these additional shares.

MongoDB provides open source NoSQL databases and offers security and training to companies that use its service. Customers include the UK Met Office, Gov.uk and McAfee.

Tech IPOs faced scrutiny after a slump in June where US tech stocks lost $140 billion and fell 4%.

The company also stated its subscription revenue accounts for 90% of its revenue in the fiscal year of 2017 and 91% in the last six months.

Its software has been downloaded over 30 million times since February 2009 and over 10 million times in the last 12 months. MongoDB also wrote that as of 31 July 2017 it has over 4300 customers in more than 85 countries. Its proposed NASDAQ symbol is "MDB".

A spokesperson for MongoDB told IT Pro that all information it is legally permitted to share has been filed publicly with the SEC. It cannot comment further at this time.

MongoDB provides open source NoSQL databases and offers security and training to companies that use its service. Customers include the UK Met Office, Gov.uk and McAfee.

It took advantage of a new measure introduced by the US Securities and Exchange Commission last June where companies are allowed to file for IPO's confidentially. This is designed to try and give businesses more flexibility to plan their offering and suffer less scrutiny.

Tech IPOs faced scrutiny following a slump in June where US tech stocks fell by 4%, losing $140 billion. When Snap went public earlier this year its share price fell below its initial $17 in July. It currently sits at $13.77.

Database giant MongoDB has confidentially filed for an IPO, according to TechCrunch.

The company has submitted an S-1 filing (the form relevant to stock market debuts) with the US Securities and Exchange Commission, and hopes to go public by the end of the year, the publication claimed.

MongoDB provides open source NoSQL databases, also offering security and training to companies that use its service. It has a wide range of customers including McAfee, the UK Met Office and Gov.uk.

The company was founded in 2007 and, according to the Wall Street Journal, its last valuation at the end of 2014 placed it at $1.6 billion, while it has raised a total of $311 million in equity funding.

It has taken advantage of a measure brought in by the US Securities and Exchange Commission last June to file for an IPO confidentially, designed to give companies more flexibility to plan their offering and suffer less scrutiny too.

MongoDB hired investment bankers back in May to put the IPO in motion, theWSJclaimed.

Tech IPOs raised eyebrows following a slump in June where US tech stocks tumbled by 4%, losing $140 billion. After Snap went public earlier this year,its share price fell below its initital $17offering in July. Over the last month, it has fallen to $12.74.

MongoDB offered Stitchin June, a service aimed at helping developers free up their time from writing boilerplate code by automating some backend programming. Developers can integrate the service into Google, Facebook, Amazon Web Services and more.

"In confidentially filing its S-1, MongoDB is on track to become the first IPO in the non-Hadoop big data space, which stands as a pivotal milestone for the industry and provides more validation that there is life beyond analytical and relational databases. Our experience underscores this shift as well," said Greg Henry, CFO of Couchbase, another NoSQL database provider.