New optimisation plugin could speed up SQL Server by 30%

The new technology could be a game changer for databases 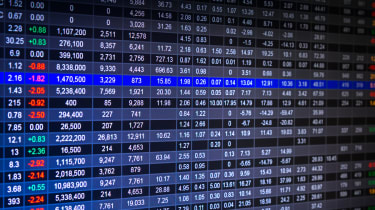 A new line of database optimisation products could speed up transaction processing and real-time analytics by as much as 60% on SQL Server installations.

So claimed George Teixeira, CEO and president of DataCore Software, as his firm announced the launch of MaxParallel for SQL Server.

In tests with early adoptors, users reported 1.2x to 3x quicker response times, 20% to 60% more transactions completed, and quicker report generation of between 1.5x and 2x, according to Teixeira.

"So, what happens is, even though these databases will take the workload, and separate it into different cores to shorten the process, the problem is there is still sitting there, waiting on a single thread to handle the I/O. So, it can't get a lot more work done," Teixeira said.

"The code that we've written in effect has the CPU or the cores, whenever it sees an I/O the next available core jumps to grab that I/O and deal with it and make sure it stays synchronised with the other workloads going on. If all the cores are working the I/O at the same time, you are going to get the work completed way much faster than waiting for the guy to run around and handle each of the different cores separately."

In an interview with IT Pro, Teixeira said that with Microsoft doing a lot of work around in-memory optimisation, many customers and partners felt that they would see no benefit on SQL Server 2016.

"But, in reality, you were still seeing in the cases that we have run improvements of around 20 to 30 percent. It is not as high obviously as 2008 or 2012, but it is still substantial," he said.

However, he added that around 50 percent of the market is still running on 2008 and 2012 and they "really don't want to re-architect and take advantage of in-memory and things like that".

Teixeira added the plugin would enable organisations to get more from databases running on Azure. "You can do more work on a given level of servers on the cloud," he said. "That means you can pay less because you will get more work done and do it faster on the same resource."

"In other words, normally when you go into the cloud, you have to get a much higher server to achieve similar response times. With DataCore, it's a way to stay at a lower level and still achieve those response times," he said.

He pointed to a case study where Tyre World, an online distributor of tyres, has been running the software in production since June 2017. According to Teixeira, by using the plugin, the company managed to shorten the time to re-evaluate warehouse stock levels and recalculate best prices by 30% and inventory export transfer times were reduced by 75%.

Teixeira said the company is now looking to putting the code to work in other database products, such as Oracle, in addition to Exchange and analytic-type products.

The plug-and-play product supports SQL Server 2016, 2014, 2012 and 2008 running on-premise and in the cloud and is available now in the Azure Marketplace.