MongoDB acquires mLab for $68 million to bolster its cloud services 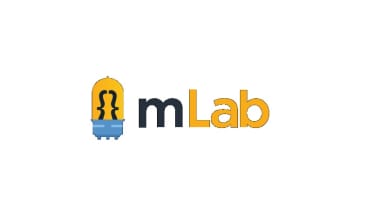 MongoDB has announced that it will fully acquire mLab for $68 million by the end of the fourth quarter of their fiscal year ending 31 January 2019.

The New York-based database firm noted acquisition will help deepen its relationships with developer-centric start-up communities, a segment with which mLab has been very successful.

San Francisco-based mLab started in 2011 and manages over 900,000 databases across three major cloud providers in 43 data centres worldwide. MongoDB acquired the Californian company with the ambition to build on its position in the database services segment of the ever-growing cloud market.

"MongoDB represents a dramatic sea change in how application developers work with data," said Will Shulman, CEO at mLab.

"There is a trend towards building software systems via microservices and deploying those systems in the cloud. As this trend continues, we anticipate it will open enormous market opportunities for global cloud databases, and MongoDB will be well positioned to power these types of software systems in ways that other database technologies cannot. We are very excited to come together with MongoDB to modernize the way companies store and manage their most valuable asset - their data."

MongoDB was founded in 2007 by Dwight Merriman, Eliot Horowitz and Kevin Ryan and provides a range of database services, including Atlas which was released in 2016.

Atlas is the company's main general purpose database which automates complex and time-consuming administration tasks using its built-in operational and security practices. The acquisition with mLab hopes to benefit that service in particular.

"Atlas has seen tremendous momentum in its first two years since launch, growing over 400 percent year over year in the second quarter of this year. This reflects the popularity of MongoDB in the public cloud and the desire by many customers to consume MongoDB as a service," said Dev Ittycheria, President and CEO at MongoDB. "The mLab acquisition will give us the ability to scale Atlas even faster."