An Ultrabook packing Haswell processors, support for up to 16GB of RAM and tool-less serviceability 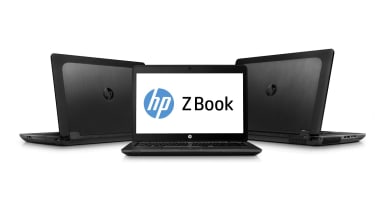 When it arrives in October, the HP ZBook 14 Ultrabook could legitimately lay claim to being the most powerful Ultrabook on the market.

Aimed at power users who need to use resource hungry apps on the move, HP has tried to give it a specifcation as close to a workstation standard as possible, without sacrificing portability and battery life. 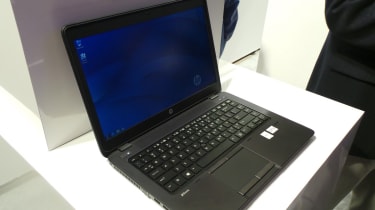 The 14in device will be available with a choice of resolutions, ranging from the bog standard 1366 x 768 through to a FHD 1920 x 1080 screen. However, it's under the hood where the real attraction of the ZBook lies.

HP offers up a choice between high-end Core i5 or i7 Haswell processors (with optional vPro technology), support for up to 16GB of RAM and 1.1TB of storage. Added to this is the AMD FirePro discrete graphics capability, meaning users should be able to run CAD, photo and video editing applications without any problems.

Not only does ZBook include high-end specifications, but the Ultrabook retains easy serviceability, which has become closely associated with HP's Z-branded workstation range.

The rear cover slides off, allowing users to swap out components such as RAM and even clip in a mini SSD storage without the need for tools. The only component that needs a screwdriver is the main hard drive because the small form factor means HP wasn't able to include a quick-release handle. The ability to service the machine means the ZBook could easily be nutured to last beyond the standard three-year lifecycle. 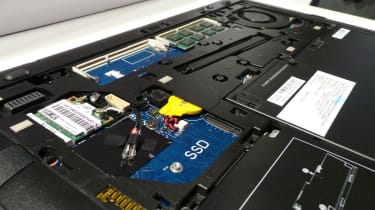 With all these heavy duty components, HP is still touting an eight hour battery life. The back cover also has a slot built-in to allow users to add a slice battery on top to boost uptime. This is one of the first Ultrabooks to include such functionality and will no doubt attract users who want longevity on the move. 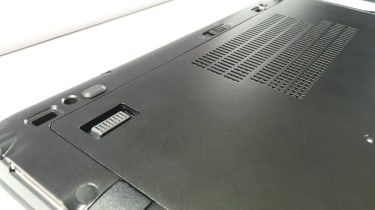 From a design perspective, HP has chosen to go with a finished Aluminium as opposed to Carbon Fibre which competitors such as Dell and Lenovo are favouring in premium products. Nonetheless, the ZBook felt comfortable at 1.62kg and sturdy, with no hint of give in the chassis.

Perhaps the only area that could pose a problem is the keyboard. The Chiclet-style spacing is OK, but the keys do appear shallow when compared to full blown laptops. We'll reserve judgment until we can carry out thorough testing during the full review, though. 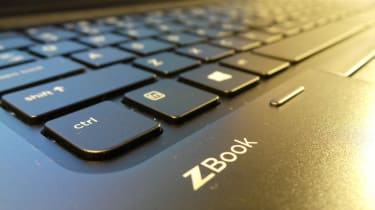 HP is yet to officially confirm the price of the ZBook 14, but IT Pro has been told that the starting configuration will be around the $1300 mark. Not cheap, but if the performance and battery life can match the serviceability, it could be the ultimate producitivity tool.