Jibo the social robot gets $300k funding in 24 hours 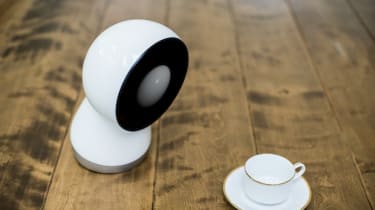 An Indiegogo crowdfunding campaign to build a "family" robot has smashed its target in 24 hours.

Jibo is the brainchild of MIT Professor, Dr. Cynthia Breazeal. At 11in in size, the personal assistant aims to replicate the experience of lovable robot sidekicks, which have appeared in popular science fiction films and TV shows for decades.

To take the project beyond the prototype stage, the professor and her team requested $100,000 in backing. So far the project has raised over $346,000, with just under a month left.

Jibo's initial set of skills will include the ability to track faces, allowing him to take pictures and be used for video calling. He will be able to read out messages and reminders, and also tell interactive stories to children.

Running on the Linux platform, Jibo's subsystem will initially remain proprietary, but the software on top will be open sourced. The developer community is being actively encouraged to increase Jibo's skill set and and his functionality should be enhanced by the time he ships to the public in late-2015.

At this time there are no plans to make a version of Jibo which is able to move independently. Instead users will be encouraged to place him in areas like the family room or kitchen where he can be of most assistance.

The retail version of Jibo is priced at $499. A developer package costs $599, includes a full SDK and access to the Jibo developer program.