Apple has confirmed the arrival of its 27in Retina Display iMac desktop computer. 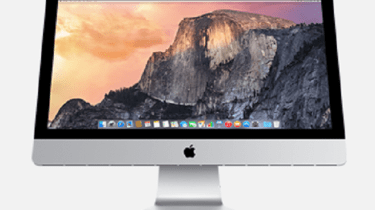 The 2014 27in Retina Display iMac has been confirmed as the latest addition to Apple's stable of desktop devices, and boasts a 5K display that offers the world's highest resolution picture, according to the consumer electronics giant.

It also sports a Thunderbolt 2 port as standard, as well as a 1TB Fusion drive, which features a mix of traditional HDD and SSD technology to provide users with a superfast performance.

Since the consumer electronics giant sent out invitations for its annual October product refresh last week, rumours have abounded about the devices Tim Cook and co might showcase at the event.

As such there has been a lot of speculation about new iPads, a Retina Display MacBook Air and iMacs.

Apple has already confirmed the forthcoming arrival of the iPad mini 3 and iPad Air 2 at its launch event tonight in Cupertino, and has also confirmed the imminent arrival of a Retina Display iMac.

The prospect of an iMac with Retina Display coming to market was first mooted in June 2014.

This was around the time Apple confirmed the release of a cut-price 21.5-in iMac for 899, as well as a number of other price reductions of between 100-150 for the other models in the iMac range.

In the run up to the launch event, we compiled a list of all the features widely-tipped to make an appearance on the Retina Display iMac, which we'll preserve below so you can see what made it in, and what didn't.

Renowned tech blogger Jack March was told by his sources a 27in iMac with 5K Retina Display will be unveiled by Apple at its October launch event at the end of last month.

The Retina Display iMac will boast a resolution of 5120x2880, which is double that of the current 27in iMac model, his sources added,  before indicating the desktop may be, at least for the time being, the only iMac in the range to bag a Retina Display upgrade.

With numerous reports now suggesting the Intel Broadwell processor series won't ship until 2015, at the earliest, the Retina Display iMac is likely to be powered by Intel's Haswell processor instead.

March's sources have indicated Apple will be using an Intel i7-4790 processor in the Retina Display iMac, which boasts a clock speed of 4.0 GHz.

However, Apple is also expected to release an updated range of the iMac next year, once Broadwell finally enters general availability.

After unveiling OS X Yosemite at its WWDC event in June, and pumping out regular updates to its loyal following of beta testers since then, the expectation is that Apple will confirm tomorrow night when exactly Mac users will be able to download it for free.

Any desktops or laptops (and we haven't given up all hope of getting a new MacBook Air) the company unveils tomorrow night are sure to feature it, rather than its predecessor, OS X Mavericks.