A new Apple TV has been launched alongside the iPhone 6s, 6s Plus and iPad Pro 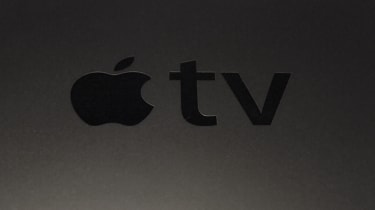 Apple has launched a new Apple TV alongside the iPhone 6s, as had been widely rumoured.

The remote control boasts a touchpad and voice control via Siri. Apple's virtual assistant will search across multiple apps including iTunes and Netflix for viewing options, and sports a 'Proative' search feature.

A new Apple TV is in many ways no surprise - the set-top-box was thought to become the main control hub for IoT devices using Apple's HomeKit protocol, and the company announced a tie-in with HBO at WWDC 2015 that will give users a first look at the broadcaster's series before anyone else gets them. This was no mean offer either - HBO is the network behind Game of Thrones, True Detective, Silicon Valley and Sesame Street.

Not much of a change had been expected in terms of the physical look of the Apple TV, which is an unimposing black cuboid. As far as the remote control goes, there have been two conflicting rumours. One suggested it would continue to be bundled with the device, but have a microphone to allow the device to be controlled with Siri voice commands, much like the Amazon Fire TV's remote.

The other rumour was that there would be no remote. Instead, the device would be controlled by the user's iPhone or, if they have one, Apple Watch, once again with Siri integration.

Following Apple's launch event, it has been confirmed that the new Apple TV will come with a remote control that allows users to control their experience with a trackpad and voice control.

Apple TV will run on tvOS, which was announced alongside the hardware at Apple's special event.

According to rumours posted by 9to5mac, the new Apple TV would run on an optimised version of iOS 9, not a pared down one as had been suggested. It would also, the website claimed, have better proactive-based search and "a refreshed, more iOS-like interface".

According to a report from New York Times, and confirmed at the event, Apple is going to promote its new Apple TV as a gaming device, not just one for watching TV and film. However, it won't be trying to take on Sony's PlayStation or Microsoft's Xbox, instead targeting casual users who might play a lot of mobile games but not consider themselves "gamers".