But interest in cloud services improves as revenue remains flat 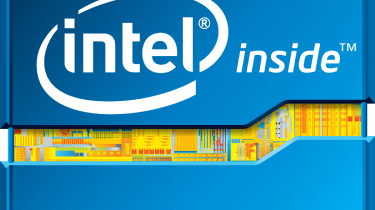 Demand for Intel chips dropped dramatically in its latest quarter, after its net income fell six per cent year-on-year to $3.11 billion.

Net revenue for the three months ending September remained steady in for the chipmaker, raking in $14.5 billion compared to $14.6 billion in the same period of 2014.

But income from its client computing services including chips in PCs, laptops and tablets - fell 20 per cent from $3.05 billion recorded last year to $2.4 billion this year.

Revenue also decreased 7.5 per cent to $8.5 billion compared to the same period in 2014, with notebook chip sales dropping 14 per cent and desktop chips falling 15 per cent.

The most dramatic plunge was in tablet chips, with the company selling just eight million, 39 per cent down on sales one year ago.

However, the tech giant's Data Center Group, covering servers, network and storage for cloud and on-premise, grew eight per cent to $4 billion revenue.

CEO Brian Krzanich said in a statement: "We executed well in the third quarter and delivered solid results in a challenging economic environment.

Its Internet of Things Group recorded revenue of $581 million, up 10 percent year-over-year, but nevertheless, Intel predicted little or no growth for the upcoming fourth quarter of 2015.

It believes revenue will come in at $14.8 billion, giving itself $500 million either side of that.

That sum does not take into account any impact of acquisitions, with the firm's takeover of rival chipmaker Altera expected to be approved by the EU shortly.