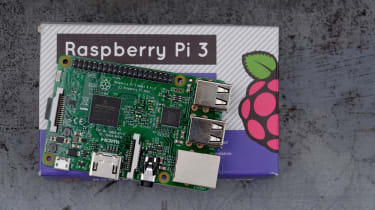 The Raspberry Pi Foundation has released the latest iteration in its line of budget single-board microcomputers, now featuring its fastest ever processor and built-in Wi-Fi.

The latest Raspberry Pi 3 is kitted out with a 1.2GHz Broadcom ARM processor, with the foundation claiming it is 50 per cent faster than its predecessor. The power consumption has also been lowered by 1 Watt.

The biggest news, however, is that the Raspberry Pi 3 now includes built-in Bluetooth Low Energy and Wi-Fi, eliminating the need to use a USB dongle or LAN connection.

Up until now, the foundation had said the inclusion of onboard Wi-Fi was "unlikely".

This was apparently due to the fact that "the SoC does not support native Wi-Fi, and adding an additional built in Wi-Fi chip would greatly increase the cost of the Raspberry Pi".

This problem has evidently been circumvented, as not only does the Pi 3 have Wi-Fi baked in, but it remains the same price as the previous Raspberry Pi 2, at just $35, or 27 in the UK.

"We are unveiling the third-generation Raspberry Pi four years to the day after the launch of the original Raspberry Pi board on February 29, 2012," said Eben Upton, founder of Raspberry Pi.

"It also marks the four-year anniversary of our highly successful relationship with RS and Allied, which have played a significant role in its success as leading and trusted sources of products, technologies and information for professional engineers, hobbyists and those looking to make their first steps into the work of programming."

The company also announced that the new device would support the Windows 10 IoT Core operating system for the Internet of Things, allowing IoT developers to use the Raspberry Pi 3 in their installations.

The new Raspberry Pi 4 is “basically a PC”