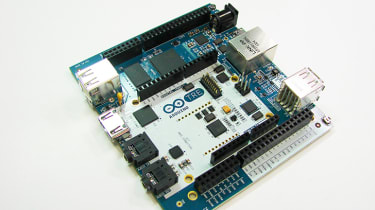 Arduino (known as Genuino outside of the US) is an open-source microcomputing platform similar to the Raspberry Pi and the BBC Micro Bit.

First introduced in 2005 with the stated aim of providing a low cost way for novices and professionals to create programmes and make computing devices, more than 700,000 Arduino boards have been sold to date.

If you're keen tinkerer, we've collected a selection of the best Arduino projects out there to help get you start on project to try, and goals to pursue.

For many of these projects, all you will need is the items found in the Arduino starter kit, which include:- An Arduino (aka Genuino) microcomputer- Jumper wires- Resistors- Breadboard- LEDs- Buttons

Some of the projects are straightforward, while other are more challenging and will require other items, but most of those can be found in the project guides themselves. For the beginners, let's start with the simple stuff. 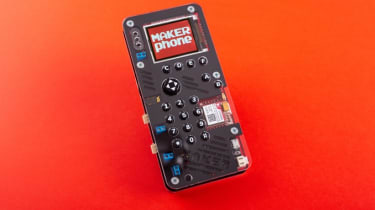 A Croatian developer has created the opportunity for you to make your very own Arduino-powered mobile phone that will help you learn how to code something very, very special.

The "fully-functional" mobile phone doesn't just have to be used for making and taking calls and sending texts. It can also be used to play simple games, like Pong, Space Invaders and Snake. Sure, it's no Candy Crush Saga, but who doesn't love to be reminded of their first ever Nokia?

This highly customisable mobile also features a media player that you can customise to ONLY play cat videos if that's your thing, or perhaps you'd like to integrate some other app. It's pretty much possible with the MAKERphone. The package includes a colour screen, a microcontroller,DAC and electronic volume controller,8 individually programmable RGB LEDs, a SIM card, plus Wi-Fi and Bluetooth receivers.

Albert Gajak is raising funds to put his Arduino-powered mobile phone into production using Kickstarter. He's so far raised a mammoth 162,000, despite his target being 11,000. He wants to educate people how to code, plus the basics of electronics including what each component of your mobile phone does.You can buy the complete package from $99, which includes the hardware to build it and instructions to get you started with coding. 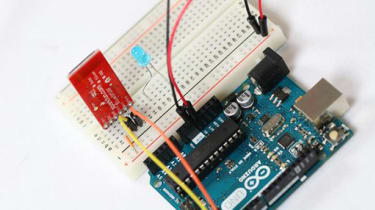 Activating an LED light isn't making a rocket car, but it is a great project for teaching you the basics of coding and material building that you can transfer to future projects. This project, by Microsoft's Windows IoT team, will get you to build a basic LED that can be remotely controlled to switch on/off from Window 8.1 or Windows 10. A download sample includes code for USB and Bluetooth connections. This is one of the most highly rated projects under the Easy' category on the Arduino website, too.

For those that enjoy musical projects, coder and tinkerer Lindsey Fox has come with a fun way to turn your Arduino into an electronic keyboard. You'll need extra resistors, a buzzer and several tactile 6mm button switches. Fox's project is a work in progress, so you may need to adapt her coding steps. But this is a terrific example of the versatility of the Arduino community. Persevere and you'll be playing extracts of Bach concertos in no time. 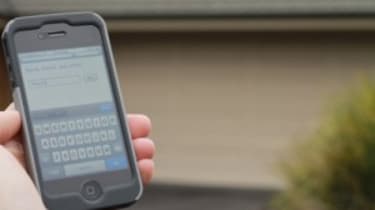 For anyone who has a garage with a motorised door, this is a positive way to up your coding skills while giving your little microcomputer a practical use. Following this project, you'll use your Arduino, a relay box and a transistor to remotely instruct your garage door to open or close. No guidance for manual doors, unfortunately, which would be considerably more complex to apply safely. 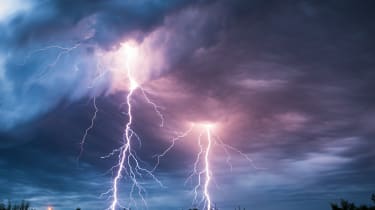 You read that correctly: this project explains how you can turn your Arduino into a lightning detector. Commercial lightning detectors cost thousands. So it's no small feat that Runtime Projects has come up with converting and coding the microcomputer into a home-made detector that they claim can detect lightning from approximately 10 to 20 kilometres away. Shocking stuff. Downloadable code is included with its project guide via GitHub.

Home security is a big issue for many today. Lindsey Fox was having problems with one of her home security cameras, which was not able to sweep its designated area. She came up with an innovative way to solve the problem by creating her own motorised camera from easy to purchase parts and an Arduino. Take a look at her project to see how you too can create motorised devices using your Arduino.

Aaron Kow is out to prove you can make a smart IoT device without stumping up hundreds for Google's Nest thermostat. His smart air purifier works to clean up the indoor air, while also being environmentally friendly by turning itself off when it is not needed. Kow gives you a step-by-step breakdown of what you'll need and how to set it up. 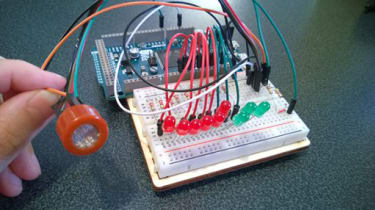 There are other reasons for creating a homemade breathalyser other than using it to check when colleagues and friends have reached their limit, right? Not according to Francesco Manetti and Simona Pira, which shows you how to turn your Arduino into an alcohol level testing unit. Affixing nine LEDs to a breadboard, the team explains how to code the device so the LEDs light up according to the alcohol concentration it detects.

For Arduino owners looking for a project with added wow-factor, Jason Jaeger's stair climbing robot is just the thing. Originally built for a robotics stair climbing challenge, Jaeger's robot, known as Stair Bear, is capable of scaling steps with considerable confidence. His project guide is concise and clearly written. A perfect project for those keen to try their hand at robotics.

Mark Tashiro's Arduino-powered servo project feels a little like a solution in search of a problem. After all, a moveable servo joint without a lifting arm or some other kind of appendage is a bit useless. Still, this is plenty for a creative robotics tutor or enthusiastic tinkerer to get started with. Along with code from todbot, Tashiro explains how to use your old Wii Nunchuk controller as a manipulation input for the servo.

By Technology Will Save Us

Here's a project that draws on your craft and intermediate coding skills: building a Simon Says game. This particular version of the game comes from Technology Will Save Us, and involves making your own electro dough'. You'll also need to download the CapSense Arduino Library, which you'll find a link to within. You'll fit a trio of LEDs, and the object of the game will be to repeat the LED light sequence.

If you're familiar with the classic game Breakout or contemporary variants, such as Shatter and Peggle then this game console project will be for you. Lead creator sy2002, with assistant from doubleflash and Iamags, built a fully fledged, and beautifully presented version of Breakout called TeleBall using Arduino, for the Museum of Electronic Games & Art. This project is for advanced users with a confident understanding of coding and some solid craft skills, too, as it involves creating the housing and testing the physical inputs. A serious challenge, but the finished article is stunning.