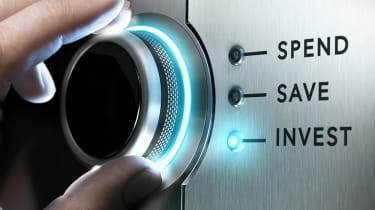 Brexit will affect worldwide IT spending, contributing to flat growth in 2016 of$3.41 trillion,Gartner warned today.

However, currency fluctuations mean the analyst house's forecast is an increase from its earlier outlook of negative 0.5 per cent growth.

"With the UK's exit, there will likely be an erosion in business confidence and price increases which will impact UK, Western Europe and worldwide IT spending," said John-David Lovelock, research vice president at Gartner.

Both Dell and smartphone manufacturer OnePlus have announced their intentions to raise UK prices in response to sterling's falling value in the fallout of Brexit.

Uncertainly over Brexitwill "quickly" affect IT spending in the UK and Europe, Gartner said, but added that it is unclear how long other changes will take.

The largest immediate issue could be staffing, Gartner suggested, pointing out that non-UK workers will find the country a "less attractive" prospect.

Brexit aside, Gartner said this year marks a transition for businesses, with cloud technology and services disrupting establish markets.

From a sector perspective, Gartner predicts the biggest growth will be in software, with a spend of $332 billion, a 5.8 per cent increase from 2015. The fastest-growing segment continues to be customer relationship management (CRM) software, Gartner noted.

IT services spending is expected to total $897 billion, representing 3.7 per cent growth from 2015.

Datacentre systems' spending is also predicted to reach $174 billion in 2016, a two per cent increase from 2015. Gartner pointed to strong growth in the server markets in Greater China and Western Europe, and accelerated interest in the North American enterprise network equipment market.

Devices and communication services will attract large spending rounds, but outlook for these sectors suggests a decline. Flagging economic issues in Russia, Japan and Brazil will hold back demand and worldwide PC recovery in 2016, said Gartner.

Windows 10 upgradeshave led to further PC buying delays, it added, as consumers are willing to "use older PCs longer, once they are upgraded to Windows 10".

Lovelock explained the shifts that are taking place are "start of an amazing dichotomy".

"The pace of change in IT will never again be as slow as it is now, but global IT spending growth is best described as lacklustre," said Lovelock.

"2016 is the year that business focus turns to digital business, the IoT and even algorithmic business. To fund these new initiatives, many businesses are turning to cost optimisation efforts centring around the new digital alternatives for example, SaaS instead of software licenses, voice over LTE (VoLTE) instead of cellular and digital personal assistants instead of people to save money, simplify operations and speed time to value. It is precisely this new breadth of alternatives to traditional IT that will fundamentally reshape what is bought, who buys it and how much will be spent."

Earlier this year, the research group predicted a10 per cent in the PC market in 2016. It also projected adecline for smartphones as demand slows.