Chips will appear in 4K laptops that begin shipping in September 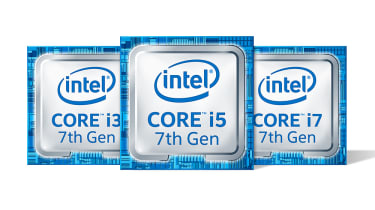 The company is heavily targeting mobile productivity, gaming performance and 4K video capabilities with its new CPUs, and will pursue an aggressive release schedule, it said in a media briefing held last week.

Intel claimed its new processors boast double-digit performance gains over the previous generation, including up to 12% productivity boosts and 19% faster web performance.

The new chips include several new technologies, such as a brand new media engine for video decoding which offers 9.5 hours of battery life when watching 4K videos, and the ability to encode a one hour 4K video in just 12 minutes.

In contrast with the delays that plagued last year's Skylake chips, Intel hopes that consumers will be able to get their hands on devices running its 7th-generation CPUs as soon as next month.

OEMs are expected to begin shipping devices powered by the new chips in September, with more than 100 different models and designs available in time for the holiday shopping season in Q4 2016.

The range will include more than 50 4K devices including laptops, 2-in-1s and convertibles, more than 100 models with Windows Hello support, and more than 120 designs compatible with the Thunderbolt 3.0 standard.

Mobility is also being heavily prioritised, with clamshells less than 10mm thick, detachables less than 7mm thick, and the world's thinnest convertible at just 10mm thick.

The company will release more chips in January 2017 to cater for additional product brackets, including high-performance gaming SKUs and chips for enterprise users and workstations.