The processor has been developed to offer greater power and stability 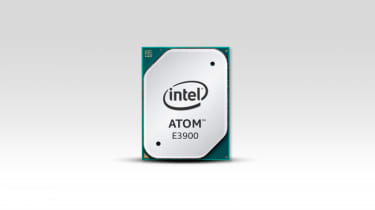 The Intel Atom Processor E3900 Series uses 14-nanometer silicon technology to ensure it can handle the demands of the IoT, whether to drive security systems, wearables or industrial applications that rely on data collected from devices to make processes more accurate.

The E3900 Series can be used inside a sensor or alongside one to help devices communicate with each other. Processors in the series will make fog and edge more intelligent, processing the data near the sensor rather than having to relay information to a data centre, Intel explained.

"Any processor can be used to connect to the Internet," Ken Caviasca, vice president of the Intel IoT Group, said at the launch. "But that's not the same thing as enabling convergence."

Intel said it's trying to break down the barriers for IoT devices, bringing them all under one roof with one framework rather than developers having to use a patchwork of components. The E3900 series has faster response times, which is essential for such fast-flowing data and its graphic performance is 2.9 times better than the previous generation, the company explained.

"We are excited about the endless possibilities and innovation the Intel Atom processor E3900 series will bring to solving real-world customer problems," Caviasca added. "With these processors, Intel continues to offer the significant advantage of economies of scale in IoT technologies across sensors, compute and storage.

"IoT technologies have the potential to disrupt entire industries and open new cycles of growth, as well as to transform our everyday experiences. The IoT renaissance is now, and I am eager to see the new applications yet to come."