Apple Hello Again Event: What we want to see

What will Apple announce tonight?

Hello everybody! Tonight Apple will livestream the Hello Again event, in which the tech giant is expected to make some major announcements around its laptop line up.

After an embarrassing leak yesterday, it's almost certain that Apple will launch a new MacBook Pro that will feature a contextual toolbar and Touch ID, but what else can we expect? 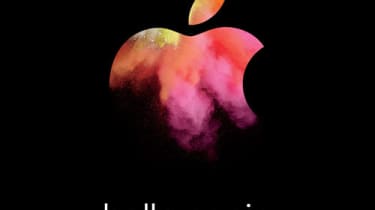 It's way, way to early for a new iPhone of any description, so I've very much got a laptop and desktop vibe. It could be a new Mac Pro, quite possibly a MacBook Pro.

I always read a lot into the tag lines of these events and I've got a feeling there could be some kind of Siri-based announcement. I'm not quite sure what, but that's my feeling!

I think on Thursday Apple will be announcing its new series of MacBook laptops, including the new MacBook Pro and a MacBook Air.

I would expect Apple to have made significant changes in the new MacBook Pro's design. For instance, it might remove the traditional USB port and substitute it with a USB-C port and introduce a new OLED touch bar, as well as improve the laptop's overall efficiency and speed.

I am intrigued by the rumours that Apple might be changing the new MacBook Pro's design, as I feel it would be a good time for that. I would also like to see a change in colours in which the new laptops will be available, a change in the mouse pad (perhaps a bigger one), and perhaps new cool and quirky features that would simplify working on MacBooks even further. 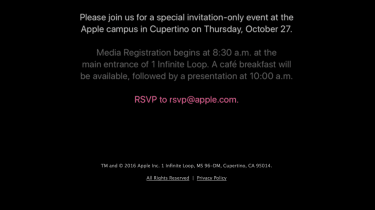 Apple are bound to show off their new MacBook Pro, but the exact specs are still up in the air. To really push the device they'll have to go for the latest processors, the Kabylake, with model variations using the i5 and i7. What will be great to see is a greater commitment to graphical horsepower, as Apple has been considered 'anti-gaming' for too long. Adding dedicated graphics chips using AMD or Nvidia would be a clear sign that they are taking their gaming audience seriously.

Although it's unlikely now, I'd like to see Apple compete with what we saw from Microsoft yesterday, which has really set the bar for creative desktops with the Surface Studio. To do that, Apple would have to revamp the iMac, and finally put some effort into creating a graphically demanding device.

After Apple accidentally leaked images of its new MacBook Pro, it's safe to say we'll see the device feature Touch ID, as it's pictured working with Apple Pay in one of the pictures. It will almost certainly replace the function keys at the top fo the keyboard with an OLED touch panel that some are referring to as a Magic Toolbar. This looks like it will work contextually, so pressing it will execute different commands depending on the application you're using at the time.

Sales don't justify this, but I would like to see a new iPad today. Microsoft just produced the Surface Studio, a very cool all-in-one, yesterday, pitched at designers who traditionally would use Mac OS over Windows every time. A similar device from Apple would set the record straight.