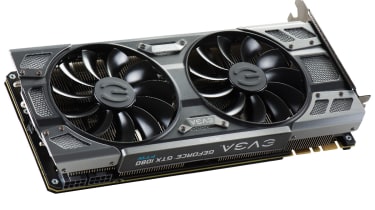 Nvidia manufacturer EVGA has released a patch following reports of overheating and burnouts on their GTX 1080 and 1070 graphics cards.

Hundreds of reports by angry gamers on EGVA forums and Reddit describe computers suddenly switching off and their graphics cards catching fire in some cases.

"Suddenly the whole PC just shut down itself. I could see the sparkle inside the case and chemical smoke was coming out," said one user on the PC Master Race sub-reddit.

One user said his EVGA GTX 1070 "shot a flame" out the side of his computer case, before burning itself out.

After a number of investigations, it was found that a lack of direct cooling was causing voltage regulation modules to overheat, leading to a burnout and component failure. The entire EVGA GTX 1080 and 1070 range using the ACX cooler was affected by the fault, specifically all dual fan models.

In-house testing by Tom's Hardware revealed temperatures reaching as high 114 C, which if overclocked could easily exceed the 125C thermal limit and result in a fiery meltdown.

A VBIOS update has since been developed by EVGA, to be released in the next few days, which should resolve the overheating.

"EVGA will be offering a VBIOS update, which adjusts the fan-speed curve to ensure sufficient cooling of all components across all operating temperatures," said EVGA in a statement.

The company has made available free additional thermal pads to provide further cooling, although EVGA has insisted these are entirely optional.

"EVGA offers full warranty support on its products, with cross-ship RMA, and stands behind its products and commitment to our customers," added EVGA.

EVGA recognises updating BIOS can be a tricky procedure for some users, and those who are uncomfortable with trying it are allowed to exchange the product for an updated replacement.